Malema says the entertainment and sports industries must be allowed to reopen. 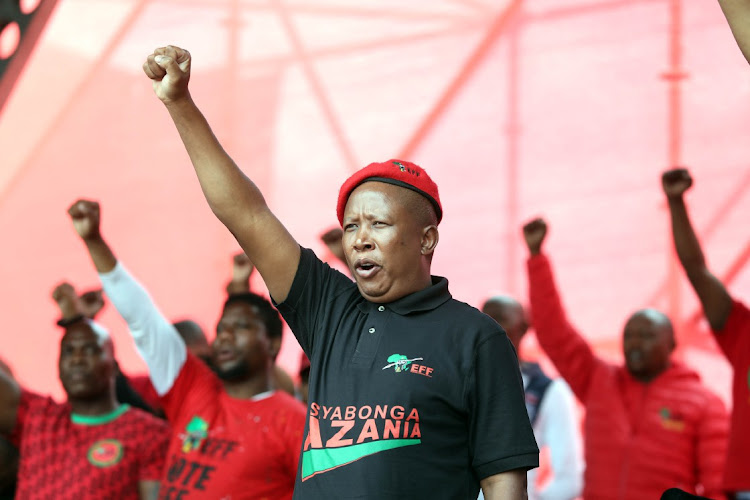 EFF leader Julius Malema has urged president Cyril Ramaphosa to lift all Covid-19 restrictions so that entertainment and sports can go back to normal.

He was addressing thousands of party supporters who gathered at the Moses Mabhida’s People’s Park on Saturday.  The gathering also coincided with the ANC’s traditional birthday rally held in Polokwane.

“We want the entertainment industry to open. We want our people to be entertained. We are unemployed. We don’t have money to go to school, pay rent, to buy houses. We need to entertain ourselves from our own poverty,” said Malema.

He argued that the entertainment industry had been the biggest casualty.

EFF will increase its support to more than 10% of the vote, says MP Sibongile Khawula

The EFF will increase its support to more than 10% of the vote, says MP Sibongile Khawula
Politics
7 months ago

Malema also launched a broadside at the eThekwini deputy mayor, Philani Mavundla, who threw the ANC a lifeline after it failed to garner outright majority to rule the metro. The November 2021 elections had sent the ruling party into a tailspin which faced a bleak prospect of losing power.

He described Mavundla as a “failed” businessman who had insatiable appetite for money. “He’s not a politician. He became a politician because of his love for money,” said Malema.

He said the people of KwaMashu were now disappointed after Mavundla had “sold” them out.

Malema said he was proud of the people of eThekwini for sending a strong message which saw the ANC’s electoral fortunes dip below 50%. He said this could best be attributed to the popularity of the party in the KZN institutions of higher learning.

“Mangosuthu and Durban Universities of Technology have long sent the message which says when the local government elections come we would teach the ANC a lesson,” said Malema.

He said he was happy that the party’s good showing had not been blemished by killings .

‘Liars must be told if they lied’: Shivambu hits back at Ramaphosa

"Why would any leader who’s serious act childishly when being held accountable?" asked Shivambu.
Politics
7 months ago

“You did not go to uMlazi, KwaMashu and Newcastle threatened to kill people for not voting EFF, but you went door to door  and convinced them. We thank you for not carrying guns but you carried iPads, ballpens and books and canvassing sheets for writing the names of our people,” said Malema.

He said the red berets were not enemies of the ANC or IFP but rather its competitors. “Our enemies are the DA which stole our land. We would never be their friends until they bring back our land,” charged Malema.

He said the organisation had for the first time clinched a deputy mayor seat after the election of the party’s candidate in the Nongoma municipality.

He said the party had also been given the boost in eThekwini municipality which now has 21 seats in the metro.