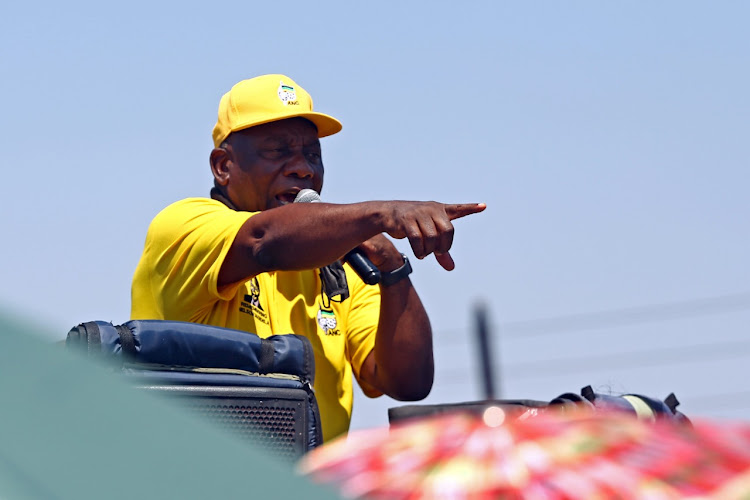 President Cyril Ramaphosa said the decision to return for a second term lies with the branches of the ANC. File photo
Image: SUNDAY TIMES/ THAPELO MOREBUDI

Malema was addressing the party’s Siyabonga rally to celebrate the “successful” local government elections in November last year. The event was held on Saturday, the same day as the ANC’s anniversary celebrations.

Malema said the EFF did not consider the ANC as its enemy, but rather as a political opponent.

Malema said the EFF had achieved its mandate to collapse the ruling party in last year's local government elections.
Politics
2 weeks ago

He said the party had achieved its mandate to collapse the ANC, whose national support dipped below 50% in the November elections.

Malema said that signalled the demise of the ANC and said Ramaphosa would not see a second term as ANC president.

“We are going to take KZN come 2024. The ANC is below 50% in all provinces. Ramaphosa will never see a second term as the president of SA,” said Malema.

Ramaphosa told journalists after the ANC celebrations that while he was aware of calls for him to return for a second term, his fate and that of the party would be determined by the ANC branches.

EFF leader Julius Malema has urged president Cyril Ramaphosa to lift all Covid-19 restrictions so that entertainment and sports can go back to normal.
Politics
2 weeks ago

“I am hearing these noises and I am listening to all that. It is just about what I am able to do at the moment. We need to go through various processes, provincial conferences, regional conferences, and in the end, it is the membership of the ANC that takes the decisions. It’s not me,” said Ramaphosa.

The president said the ANC leadership must be “filtered through the values” of the party that are in line with its renewal process.

The ANC in Limpopo became the first to publicly endorse the president for a second term.

“Our support for President Ramaphosa is provincial and organisational support. We support him because of his commitment to the project of renewal of the ANC and repositioning the ANC as a movement of the people. That is why, without fear of contradiction, the ANC in Limpopo says ‘Cyril Ramaphosa for the second term’” said Mathabatha.