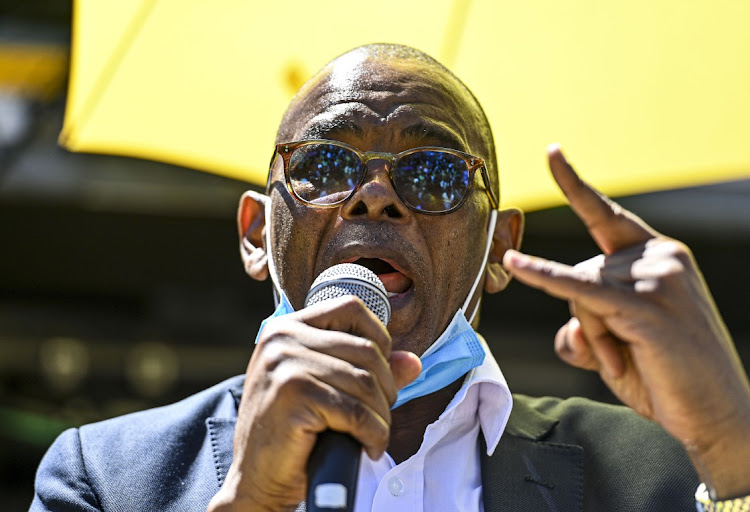 Speaking on Saturday at the funeral of former ANC staffer Pule Mlambo, Magashule said he was confident regional leaders could help the ANC regain power in the province's metros, including Johannesburg and Tshwane.

After the local government elections in November, the ANC lost power in all Gauteng's metros, with opposition parties supporting the DA.

Despite the DA stating it did not want to work with the EFF, its leader Julius Malema made it clear his party voted with the DA to punish the ANC which had refused to surrender Johannesburg to ActionSA's Herman Mashaba and Tshwane to the EFF.

Magashule said on Saturday: “[Do not listen to the people] who say the ANC has not lost elections. We have lost elections. They say, 'no, we have not lost, we are still the majority party'. If you lose power, that means you have lost power.

The prosecuting authority says in court papers that Ace Magashule has a case to answer in the criminal court.
News
8 months ago

If the ANC wanted to run Johannesburg and Ekurhuleni, he said, it should allow its regional leaders and councillors to negotiate a deal with opposition parties such as the EFF.

“If we say, REC (regional executive committee) Johannesburg, discuss with the EFF and other parties, I can tell you we can take Johannesburg tomorrow. It's just a matter of time. It depends on how you engage people.”

Talks between the ANC and the EFF fell apart after the party failed to agree to EFF demands, which voting for the expropriation of land without compensation, free sanitary towels and the removal of Die Stem from the national anthem.