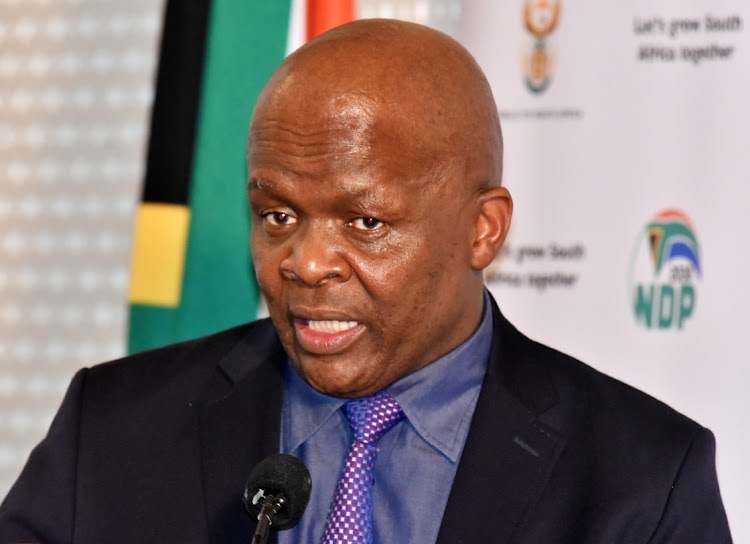 Minister in the presidency Mondli Gungubele has been political head of the State Security Agency. File photo.
Image: Freddy Mavunda

The two leaders were reacting to the announcement on Monday during a multiparty coalition briefing on matters pertaining to chaos at the Johannesburg city council.

Ramaphosa, after moving the agency to his office last year after the disbandment of the department of state security, announced early on Monday that Gungubele would assume political responsibility for spooks, deputised by Zizi Kodwa.

This, according to Steenhuisen, is an “unhealthy development” meant to centralise intelligence power for Ramaphosa’s benefit — similar to what his predecessor Jacob Zuma did.

Steenhuisen called for an overhaul of the accountability model of intelligence, saying there was too much secrecy which opened it up for abuse by dominant factions of the governing party.

The first blunder was placing the SSA in the presidency, which has since been worsened by putting the president's close political friend, Gungubele, in charge.

“It is reducing oversight and concentrating too much power in the presidency rather than allowing the restructuring of the SSA in a transparent way.

“We have to radically overhaul the oversight model, it is too secretive if you look at how oversight over state security is exercised in other democracies around the world, even the CIA and the FBI in the US are accountable to the Congress and the Senate.”

Steenhuisen said  Ramaphosa should be preoccupied with implementing the recommendations of the Sydney Mufumadi-led high level review panel.

Groenewald concurred, adding that Ramaphosa was pretending to fix the SSA mess created by Zuma.

“Previously the SSA was in favour of  [Zuma], so Cyril Ramaphosa wants to ensure that they are now operating in favour of him as the current president,” he said.

“It is a wrong move. There should be a complete overhaul of intelligence services in SA , including crime intelligence and military intelligence because all three intelligence institutions could not predict what happened in KZN [July 2021 unrest] which means they are useless and wasting taxpayers money.”