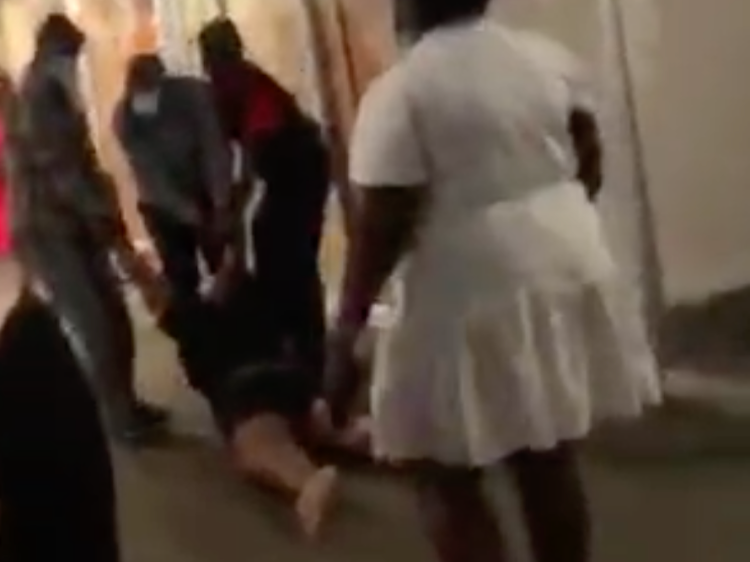 Councillor Nanziwe Rulashe was dragged, kicking and screaming, from her office by armed men. Five people have been arrested, including the district’s two security personnel.
Image: SCREEN GRAB

Eastern Cape co-operative governance and traditional affairs (Cogta) MEC Xolile Nqatha has condemned an incident in which a councillor from Amathole district municipality was dragged from her office.

Nanziwe Rulashe was captured on video being pulled, kicking and screaming, from her office by armed men.

Five people have been arrested, including the district’s two security personnel.

Videos of the attack had circulated widely on social media by Monday afternoon. Rulashe said the incident took place moments after a heated strategic planning meeting at their offices. She was ordered to vacate her office by two men and a woman. She refused and was forcefully removed. Two security guards were seen later in the footage.

“The most disturbing part in this video is a woman leading the gender-based violence and femicide incident perpetrated against another woman. The department is disgusted by this incident,” said Nqatha.

His office said he has written to the leadership of the municipality requesting them to provide him with a report indicating steps they will be taking to ensure all those involved are held accountable.

The ANC in the Eastern Cape was also outspoken about the incident, saying it “strongly condemns the abhorrent and vicious attack”.

“This behaviour is unacceptable. Seeing a public representative being dragged out of office by security officials on the alleged instructions from [municipal officials] can never be tolerated,” said Loyiso Magqashela, a provincial spokesperson for the party.

“We call for decisive action against all those involved in this abhorrent display of gender-based violence.”