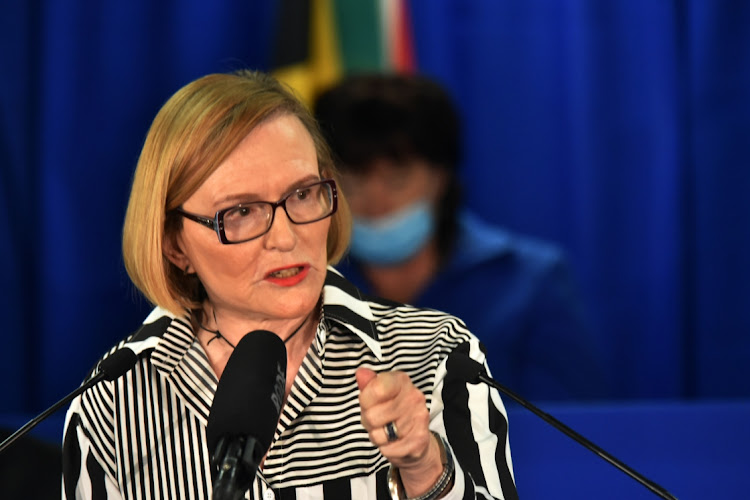 DA federal chairperson Helen Zille has refuted claims by ActionSA that the DA approached Herman Mashaba with a proposal to work with the EFF in Ekurhuleni.
Image: FREDDY MAVUNDA

DA federal chairperson Helen Zille has denied her party asked ActionSA to reach out to the EFF to help it keep the coalition in Ekurhuleni alive.

She was responding to ActionSA's national chairperson Michael Beaumont who said the DA reached out to his party to establish whether the EFF would support its candidates for the positions of committee chairs and what it would want in return.

This claim has since been dismissed by the DA’s federal chairperson Helen Zille on social media.

Beaumont said the party was not trying to bring the red berets into a coalition agreement but rather to ensure a smooth-running government and effective service delivery for the city’s residents.

“The simple truth is when you look at Ekurhuleni, it is a mathematical solution. You cannot find a solution in Ekurhuleni that does not involve some kind of working relationship with the EFF.”

Mashaba said ActionSA was in possession of a letter from the DA’s national chairperson requesting his intervention. He also claimed he was inundated with calls from Joburg mayor Mpho Phalatse regarding a “proposal” for the EFF.

Mashaba said he told Phalatse he did not have a relationship with the EFF and advised her to talk to the DA’s national leadership regarding what they wanted from the coalition, because he could not approach the EFF based on her request alone.

Zille responded swiftly via Facebook, reiterating the DA’s stance that it would not work with the EFF under any circumstances.

The Supreme Court of Appeal on Monday set aside the public protector's finding that former Western Cape premier Helen Zille had breached sections of ...
News
4 months ago

According to Zille, the EFF, without any request from the DA, voted for its mayoral candidates in Gauteng metros including in Ekurhuleni.

Zille said Phalatse then reached out to ActionSA leader Herman Mashaba who was in contact with the EFF, asking him to find out whether the red berets planned to vote with the ANC in the vote for committee chairs in Johannesburg.

“She merely asked him to get that information so that she could be prepared for what lay ahead.

“ActionSA then asked if that request could be formally submitted to ActionSA by the DA leader John Steenhuisen. That interaction never took place.

“The only request from the DA, was the request to be informed as to whether the EFF would repeat their Ekurhuleni voting pact with the ANC in the vote for committee chairs,” said Zille.

Zondo commission yet to answer whether Guptas hijacked the state under Zuma, says Madonsela

Former public protector Thuli Madonsela says the Zondo commission is yet to answer the question of whether the state was hijacked by the Gupta family ...
News
5 months ago

DA leader John Steenhuisen said they will not govern at all costs.

“I have been very clear, before, during and after the election that, following the hard lessons learnt in 2016, that we would not be in any government arrangement with the EFF. This is a matter of considerable public record.

“Suffice it to say that given the tissue of lies that have been expressed today — let me reiterate that we will govern to the best of our ability for five weeks, five months or five years, but this will never be at all costs. It will always be according to our values and principles,” he said.

I have been VERY clear, before, during and after the election that, following the hard lessons learnt in 2016, that we would not be in any government arrangement with the EFF. This is a matter of considerable public record.

EFF deputy president Floyd Shivambu accused the DA of hypocrisy and claimed the party reached out to the EFF via ActionSA.

“We don’t need the DA for anything and have noted their hypocrisy. Helen Zille and Johannesburg Mayor asked ActionSA to approach the EFF because they’re cowards and can’t do it themselves, despite our repeated commitment to being stable governments in all the metros.”

We don’t need the da for anything and have noted their hypocrisy. Helen Zille and Johannesburg Mayor asked Action-SA to approach the EFF because they’re cowards and can’t do it themselves despite our repeated commitment to being stable governments in all the Metros.