‘I’m not scared of death. I died a long time ago’: Julius Malema 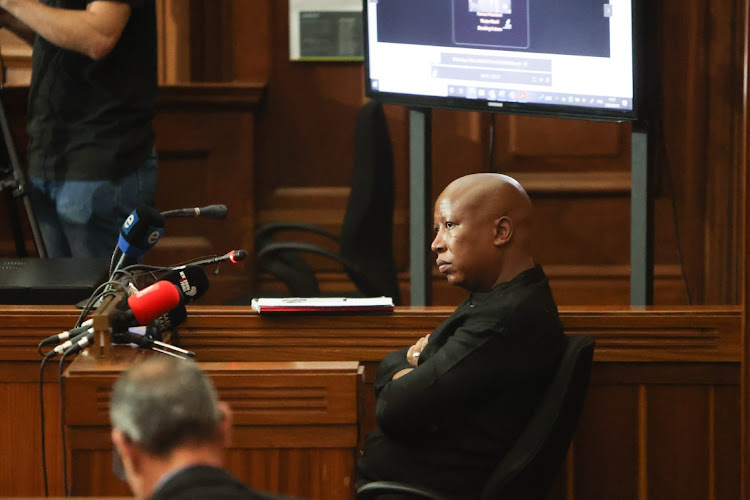 EFF leader Julius Malema made a shocking statement at the equality court in Johannesburg on Thursday, saying he was not afraid of death as he had died “a long time ago”.

He was testifying in the hate speech case brought by lobby group AfriForum relating to the singing of Dubul’ ibhunu at EFF events.

In a heated exchange with AfriForum’s legal representative Mark Oppenheimer, Malema said he was not afraid to die.

“I’m not scared of death. I don’t know why I’m still alive, I died a long time ago. I am not scared of killing. A revolutionary is a walking killing machine. If a need arises I will kill, especially in defence of my people,” said Malema.

He said while SA had won political power in 1994, economic power was yet to be realised.

Oppenheimer put it to Malema that white people who are victims of farm murders and attacks were also victims and were traumatised by chants such as “kill the Boer, kill the farmer”.

The firebrand leader responded by lamenting the erasure of the generational trauma of black South Africans who suffered during apartheid.