Phumzile Mlambo-Ngcuka for deputy president? She says young women should be prioritised

“I think they’re taking a shortcut because they know me, I’m easy to find and I have always been there,” said Mlambo-Ngcuka. 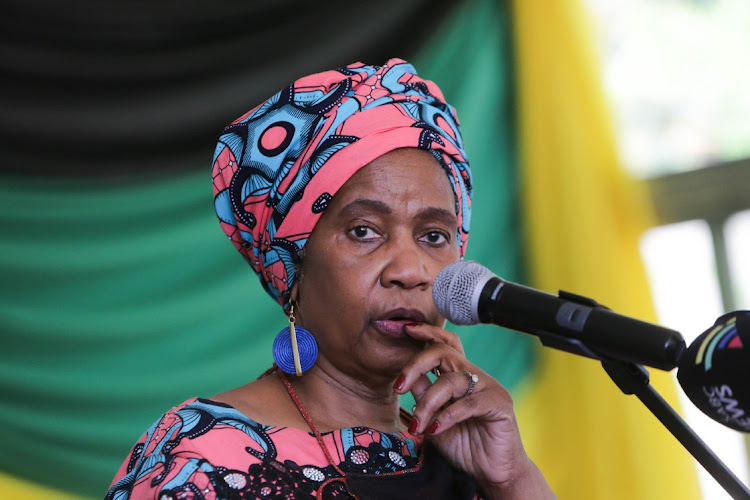 University of Johannesburg chancellor and former UN Women executive director Mlambo-Ngcuka has poured cold water on suggestions she should be ANC deputy president.

According to several publications, Mlambo-Ngcuka’s name has been put forward to contest for the position being eyed by leading figures in the party, including justice minister Ronald Lamola.

The ruling party will hold its elective conference at the end of the year, where Ramaphosa is expected to bid for a second term as party president.

Speaking to City Press, Mlambo-Ngcuka admitted to being approached to run for the coveted position, saying she was “flattered” by the idea, but does not want to stand in the way of a younger person.

Former deputy president Dr Phumzile Mlambo-Ngcuka has called on those elected in the upcoming local government elections to lead with humility.
Politics
7 months ago

She said this was “taking a shortcut” and she hopes young female candidates could be prioritised over herself.

“I am flattered by the trust that some members are showing me, but I really have to think about it because I was away for a long time,” she said.

“I just think that the comrades must look among the members much more than they have. I think they’re taking a shortcut because they know me, I’m easy to find and I have always been there. We must not cheat the processes.”

Mlambo-Ngcuka also told Sunday World that the position should not be occupied by a man.

“Women and young people should be represented in the leadership of the organisation. The position has never been occupied by a woman. We know that the president will definitely be re-elected in the forthcoming conference, but it will be a no-no for him to be deputised by another male. Therefore, I agree that it’s high time we had a female deputy president,” she said.

More than 30 ANC branches in the Chris Hani region have taken the legal route to try to resolve allegations of manipulation, as the region prepares ...
Politics
2 months ago

Earlier this year, mineral resources and energy minister Gwede Mantashe said he had no ambition to be ANC deputy president, saying he is too old for the job.

This will be Sisulu’s second attempt at the presidency.  In 2017, she contested the position alongside co-operative governance and traditional affairs minister Nkosazana Dlamini-Zuma, but lost to Ramaphosa.

Sunday Times reported that Mkhize was still in the running to become president, despite corruption allegations in connection with Digital Vibes that led to his resignation last year.

Mkhize said all investigative processes should be allowed to take place.

“You need to respect the processes that are in place and make sure everybody subjects themselves to them.

“President Mandela at some point was called to court and he had to go to court. President Mbeki, at some point there were a lot of issues and allegations about [the] arms deal and so on,” he said.

Who would be your pick for deputy president?