The public protector, through her lawyers, says the president must ‘completely step away’ from the process of her impeachment 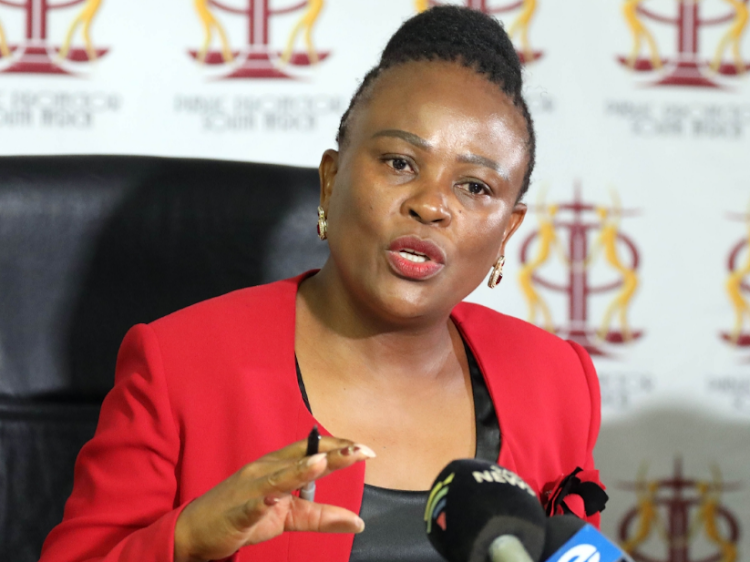 Public protector Busisiwe Mkhwebane wants President Cyril Ramaphosa to withdraw his notice of intention to suspend her, saying the correspondence was unlawful and unconstitutional, and that he was not legally entitled to suspend her.

Mkhwebane, through her lawyers, said Ramaphosa must “completely step away” from the process of her impeachment, citing a conflict of interest due to her ongoing and previous investigations of the president’s alleged wrongdoing.

She gave Ramaphosa until 4pm on Wednesday to respond and, depending on his response, she reserved her rights, including the right to respond to the merits of why she should not be suspended, said the lawyers.

Ramaphosa asked Mkhwebane to provide him with reasons he should not suspend her in terms of section 194(3) of the constitution after parliament’s decision to go ahead with the process to hold an inquiry into her fitness to hold office.

In response, Mkhwebane said irrespective of the “numerous grounds why the suspension would be illegal and inappropriate on their merits”, Ramaphosa was not legally entitled or “competent” to take any steps, including the letter he sent her last week.

“The reason is that the president is personally, heavily and multiple conflicted in this matter due to various investigations which have recently been, or are presently being, investigated by her against or concerning allegations of breach of ethics and/or violations of the constitution,” reads a letter from Mkhwebane’s lawyers to Ramaphosa.

“In that connection, it would be convenient to refer you to, or remind you, of your own concessions made under oath in respect of the so-called Bosasa matter,” the letter, dated March 22, said.

Bosasa has been identified in the Zondo commission report as a main conduit for corruption or money laundering.

They said the courts had refused to entertain the merits of these serious complaints on the “technicality that their client [Mkhwebane] had no jurisdiction to investigate nonstate fundraising, notwithstanding that the recipient was the deputy president”.

This is in reference to the bank records of the CR17 campaign that saw Ramaphosa elected president of the ANC in 2017.

“The conflict, however, arose from the mere fact that investigation took place. It would be a fundamental mistake to adopt the view that the admitted conflict, whether actual or potential, simply disappeared or evaporated with the most recent finalisation of all related litigation.

“It is common cause that the president is also fingered in a few other current investigations involving equally serious and impeachable conduct,” they said.

These include Ramaphosa’s statements on the misuse of public funds by ANC politicians and allegations of collusion between him and justice minister Ronald Lamola in “their joint pursuit of judicial capture”.

The lawyers said Ramaphosa was “disqualified”, because: