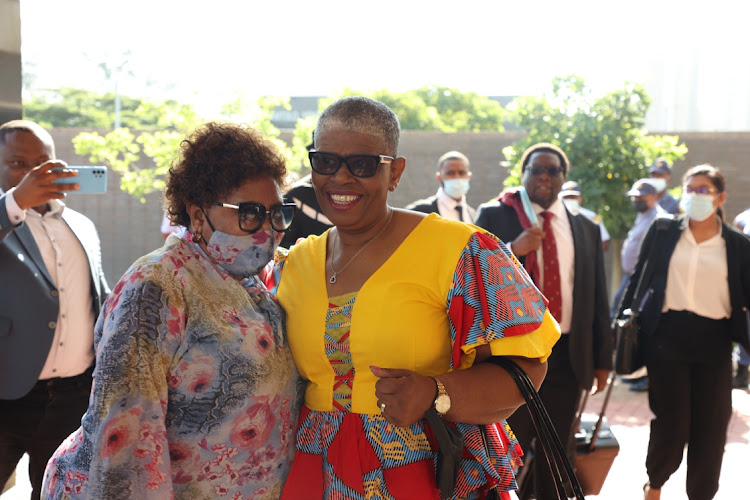 Supporters of embattled former eThekwini mayor and corruption-accused Zandile Gumede claim she is leading the pack in the race for the hotly contested ANC regional chairperson post.

Njabulo Mchunu, spokesperson for Gumede's supporters, addressed the media outside the Durban high court on Monday after the appearance of Gumede and her 17 co-accused in the R320m Durban Solid Waste (DSW) corruption case.

Mchunu claimed Gumede remained the front-runner for the position.

Ntando Khuzwayo, spokesperson for ANC branches in region, said they they had devised a strategy to have two groups attend Zandile Gumede's court ...
Politics
3 months ago

With the ANC's 55th national elective conference set for December, KwaZulu-Natal has yet to wrap up its regional conferences, with eThekwini, the province's largest region, having postponed the conference twice.

But for Gumede, a member of the KwaZulu-Natal provincial legislature, the regional conference is overshadowed by her corruption trial to be heard from July 18 to August 31.

Dressed in yellow and red, Gumede cut a vivid figure among her 17 co-accused in the courtroom on Tuesday.

Gumede stands accused of using her political influence as mayor, shortly after assuming office in 2016, which resulted in the irregular awarding of a DSW tender.

IN PICS | Councillors gift a bull to Zuma, deny visit is to get support for Zandile Gumede

The spokesperson for the ANC regional chair frontrunner, Zandile Gumede, has slammed claims that a visit to former president Jacob Zuma's home on ...
News
6 months ago

While the matter had been set down for February for pretrial, the case was delayed again when members of the defence requested that the state provide further particulars for their clients.

There was deliberation over dates when the state should provide such particulars, but judge Johan Ploos van Amstel emphasised he had been roped into the matter as a stand-in judge and would not be drawn into setting down a date for pretrial.

With a trial date having already been set down by the judge president, Van Amstel adjourned the matter to July 18 and suggested the parties confer with the judge president to arrange dates for the state to provide further particulars and another date for a pretrial conference.