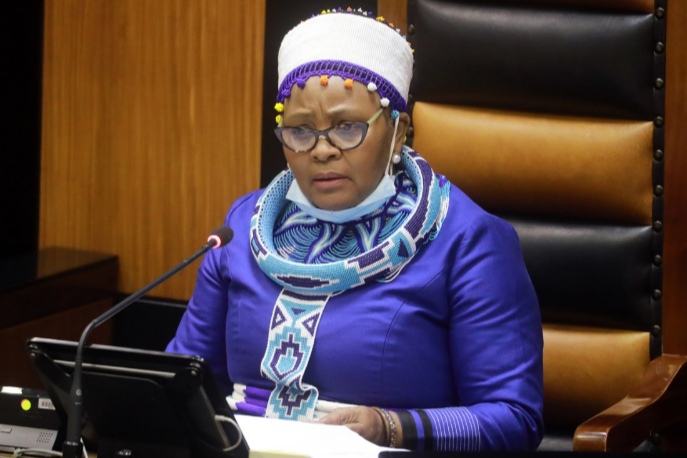 The DA on Wednesday lost its bid to have President Cyril Ramaphosa's cabinet sacked by parliament.

Last month, party leader John Steenhuisen tabled a motion of no confidence against the entire cabinet, except for Ramaphosa. But his motion was defeated on Wednesday afternoon after the ANC, IFP, NFP, Good and AL Jamah voted against it.

Steenhuisen's motion got only 131 votes while the “against” vote was 231. COPE was the only party to abstain from the motion. This was the first motion of its kind in democratic SA. The marathon voting session was also the first in which MPs were required to individually speak their vote.

This was because the National Assembly does not have an electronic voting system after it was destroyed by fire  in January.

Deputy speaker of the National Assembly Lechesa Tsenoli was even forced to make a ruling on whether to allow MPs to go to the bathroom as the voting process took close to three hours.

Rules of the house do not allow members to leave or enter the chamber when voting is ongoing but Tsenoli was forced to make an exception as a number of MPs pleaded with him.

Addressing the house on the motions, DA MPs and other opposition parties who supported the motion slammed Ramaphosa's cabinet, with Steenhuisen saying the ANC stood for 'Absolutely No Consequences'.

“When oil refineries, manufacturing plants and mines shut their doors and take their operations to another country, it is not because there is something inherently wrong with the South African people or the quality of our commodities.

His party has dubbed the executive the 'poverty cabinet'  and Steenhuisen said extreme poverty, unemployment and inequality in SA were now global outliers.

He further slammed the ANC government for not taking action against those involved in corruption scandals like Bosasa, Digital Vibes and the Gupta family.

Deputy chief whip Doris Dlakude defended the ANC, saying her party, which she branded as a defender of democracy and equality, was facing an onslaught from those who were challenging  Ramaphosa's right to choose his own cabinet.

She slammed the DA for allegedly running a false narrative against the party because they had their eye on the 2024 elections.

“Members of the executive have signed performance agreements with the president and these have been made public so that the public can assess performance. The agreements have nothing to do with the so-called interests or loyalties of anyone who is in the governing party

“Performance of any individual member of cabinet cannot be measured subjectively by a particular party, which is what the sponsors of the motion are trying to do, without the indicators of performance being put to an objective test,” she said.

Earlier, a motion of no confidence against Ramaphosa, which was sponsored by the ATM, had to be abandoned after ATM leader Vuyo Zungula refused to table it, arguing that his party was still in court over it.

The ATM wants the use of a secret ballot to vote on the motion but the speaker of the National Assembly, Nosiviwe Mapisa-Nqakula, has denied the request, leading to a court action.