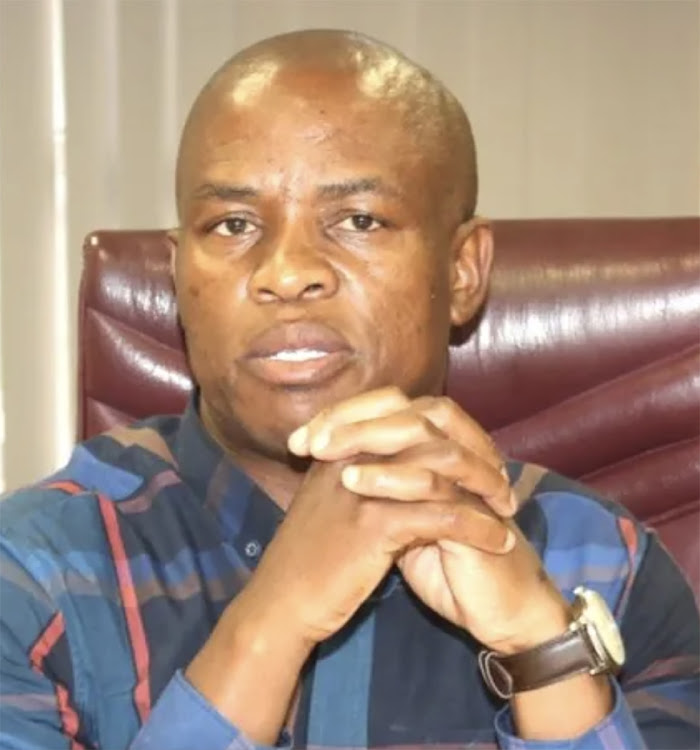 ANC national executive committee member Dr Aaron Motsoaledi has called on ANC members in the Eastern Cape to unite, saying Luthuli House was pinning its hopes on the province when the country goes to general elections in 2024.

Motsoaledi was addressing ANC delegates at Paloti Farm in Komani on Saturday during the party’s eighth regional conference.

Gela was challenged by Myolisi Toni, Khaya Bizana contested the deputy chair and deputy secretary positions but lost to Ntsaluba and Papiyana respectively, while Sizani and Mini’s positions were uncontested.

As the ANC and its alliance partners prepare to elect new leaders, President Cyril Ramaphosa says he hopes to see successful, violence-free and ...
Politics
1 month ago

The leadership of the Chris Hani region has previously publicly pronounced it will support ANC provincial task team convener Oscar Mabuyane at the upcoming provincial conference set to take place in East London from April 22-24.

Motsoaledi urged ANC members in the Chris Hani region to live up to the name of the late former SACP leader Chris Hani, saying he would never have wanted to see people stealing from the poor.

“And you, comrades in Chris Hani, I want you to live up to the name of your region.

“There is a tendency of naming things after our icons but [thereafter] we do the opposite.

"Don’t use Chris Hani’s name in vain. You must show that you come from the Chris Hani region,” the home affairs minister said.

“We are relying on you comrades to correct things.”

More than 30 ANC branches in the Chris Hani region have taken the legal route to try to resolve allegations of manipulation, as the region prepares ...
Politics
2 months ago

Motsoaledi urged ANC members to fight corruption within their ranks.

“Even now in the ANC there are leaders who specialise by giving [members] cash and those are the leaders you [as members] praise.

“You are digging your own graves because that cash is the money stolen from you.

“Corruption does not build the country. We have to fight this corruption now. Comrades, please don’t allow corruption even if it starts small in a ward,” Motsoaledi added.

He said there was a problem of ill-discipline and arrogance among ANC members.

“Do not allow the provincial conference to degenerate and split into splinters that we have never seen in the Eastern Cape,” he said.

“Our biggest confidence in 2024 [the general elections] is with you in the Eastern Cape. Please save the country because you are being called to do so.”

Police called in after shots fired at ANC meeting in Qonce

Gunshots rang out when a tension-filled ANC branch biennial general meeting turned violent in Ilitha outside Qonce on Thursday evening.
News
2 months ago

Mabuyane, who also addressed the conference on Saturday, called on ANC members to “defend the ANC from those who seek to weaken it, divide and factionalise it to capture the organisation to advance self-serving interests”.

“We call on you to emerge from this conference with a united, more coherent, stronger, vibrant and campaigning ANC that is at the centre of people’s struggles,” Mabuyane said.

He called on delegates to work towards isolating “any disruptive elements that are working to undermine the work being done to build the Eastern Cape we want”.

“It took a lot of work for the eighth provincial executive committee to unite the province and foster coherence not only in the movement, but in government, which is why we have been a leading voice on many questions in the national arena.

“What is required now is to press ahead and accelerate the work that is under way.

“To achieve this task we must have regional structures that are coherent, united and dedicated to the renewal project,” Mabuyane said.

President Cyril Ramaphosa's backer Mandla Ndlovu is the new provincial chairperson of the ANC in Mpumalanga.
Politics
1 month ago

He said acts of ill-discipline in the ANC were perpetrated by “individuals who have seemingly convinced themselves that the ANC belongs to them, and that nothing can happen or should happen unless they have their way which, in the final analysis, has really nothing to do with the interests of the masses of our people”.

“This is why we still have comrades who insist on using courts of law to resolves internal organisational affairs that the ANC has capacity to preside over.

"This is despite all available platforms in the organisation, which were further reinforced and strengthened at the 54th national conference.”

The new regional leadership was expected to address the media on Monday.