‘People need jobs, not a cow’ — 8 reactions to the EFF slaughtering cattle for Northern Cape residents 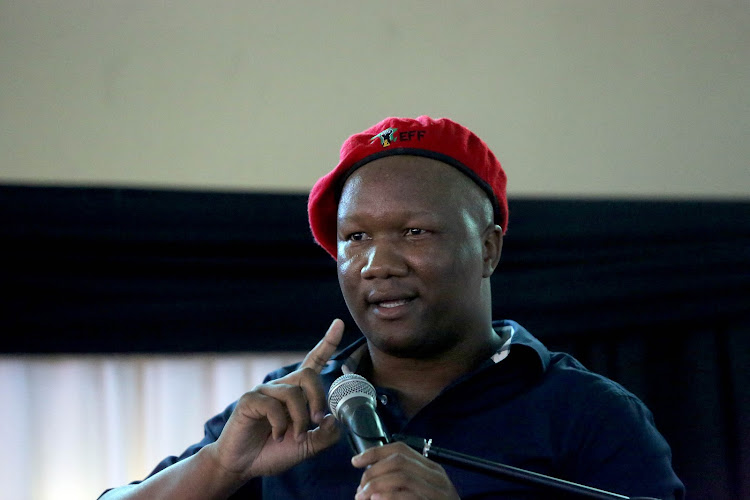 As political parties gear up for ward by-elections later this month, the EFF has slaughtered a cow for its supporters in Phokwane, Northern Cape, and called on voters to “remove the corrupt ruling party”.

The gesture was met with mixed responses on social media as some accused the party of buying votes while others said the feast was an easy way out for the party, which should have provided essential services for households and communities who need them.

Party secretary-general Marshall Dlamini addressed members of the community who braved the cold and rain, pledging to appoint councillors who will ensure effective service delivery.

“There are no schools in this area, there are no roads. There is no water. Electricity comes and goes. Service delivery has happened in the areas of white people because they have forgotten about us. It’s time we stand up and do it for ourselves.

“Our councillor grew up here and he stays in this ward. We told him that after you have voted for him and he relocates, you must remove him. We want councillors who will stay here when we don’t have electricity or water,” Dlamini told a cheering crowd.

[VIDEO]: People of ward 3 in Phokwane, in the Northern Cape, cooking the cow donated by the EFF to the community yesterday. pic.twitter.com/YBJbOrxflG

He pleaded with elders in the community to give the EFF their votes because the ANC had failed them.

Here's what social media users said about the EFF gesture:

Trying to buy your way back to the community. 😂😂😂😂 https://t.co/xFSdBNVHt1

People are suffering in townships no house no food busy wasting money instead of building 🏠 for people. https://t.co/Pm4yUOuZv3

I don't like EFF but if something is good is good others they needed this food. Syabonga

I hope that meat 🍖 last them for at least a week. Poor South Africans 😞

What are "the people" suppose to eat when the EFF are not there anymore? Will the EFF fully support Ward 3 with food every day of the year? 😂😂 https://t.co/dGL7xkCxFx