'Tone deaf' and 'populist agitators': Inside the DA & ActionSA's war of words over xenophobia claims 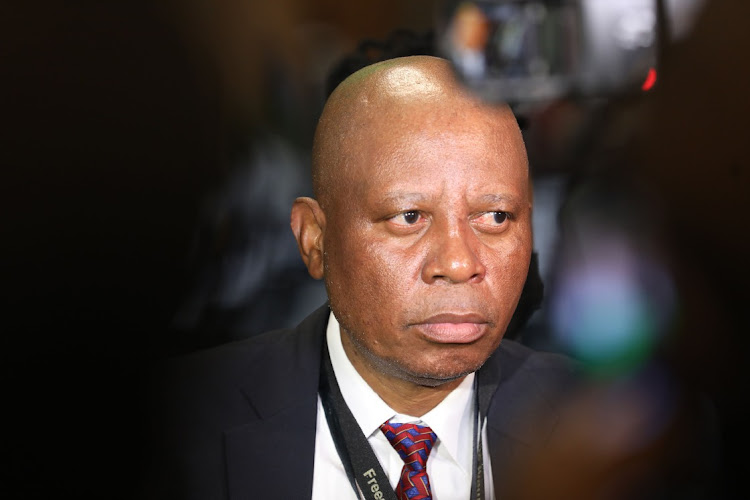 ActionSA leader Herman Mashaba says the DA is tone deaf after the party circulated an SMS accusing him of fanning the flames of xenophobia.
Image: Veli Nhlapo

ActionSA leader Herman Mashaba accused the DA of being tone-deaf after the party circulated an SMS in which it accused him of “fanning the flames of xenophobia”.

According to ActionSA, the SMS was circulated on Friday as South Africans were reeling from the murder of Zimbabwean and Diepsloot resident Elvis Nyathi during violent clashes in the community.

“Populists such as Mashaba are fanning the flames of xenophobia, which could lead to a repeat of last year’s riots and chaos,” read the message circulated by the DA.

Mashaba said his party is committed to the rule of law and supports victims of violence regardless of their nationalities.

“This SMS is designed to invoke fear in what is left of the DA’s suburban support base by triggering the memory of a terrible time in our country where people lived in real fear. It is a demonstration of the DA’s increasing irrelevance in SA and their efforts to scare people to support them for lack of any other reason.”

He called on political parties to respond in unison and condemn violence.

Dlamini called on authorities to root out illegal immigration rather than accuse his movement and its members of being xenophobic.
News
2 months ago

He demanded an apology from party leader John Steenhuisen to victims of violence.

“In times of difficulty we need political parties that present solutions and call for calm, not parties that want to control the behaviour of South Africans by manipulating their fears,” said Mashaba.

DA MP Cilliers Brink confirmed the legitimacy of the SMS to TimesLIVE.

He reiterated the DA's view that Mashaba and his party are “populist agitators” who have made remarks that endangered the lives of foreigners.

SA faced the risk of a flare-up of xenophobic attacks that could endanger both locals and foreigners.

“If xenophobic violence spreads as it did in 2008, Mashaba and other opportunistic agitators will disappear quicker than the government’s so-called ‘security cluster’ in KZN last year.

“Public frustration must be aimed at the failures of the ANC, including the ministers of police and home affairs. Yet, Mashaba can’t stop praising home affairs minister Aaron Motsoaledi.

“A failing ANC-led government creates the conditions for opportunists to fan the flames of xenophobia. South Africans need a police service that works and is trusted, and home affairs officials that don’t have to be bribed to do their work,” he said.