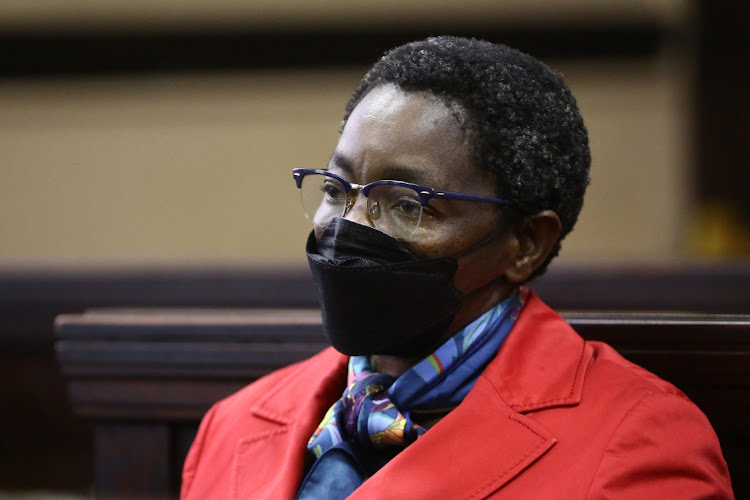 The ANC’s highest decision-making body has shut the door on the possibility of Bathabile Dlamini leading a task team that will take the women’s league to its next elective conference.

Dlamini, the president of the now-disbanded ANCWL, cannot become either a convener or co-ordinator of a task team to be announced soon as she has ambitions of getting re-elected.

This is a blow to Dlamini as it means she cannot oversee the process ahead of the conference. She will have to opt to become a normal member of the task team should the ANC top six add her name to the list — something that is not guaranteed.

According to ANC treasurer-general Paul Mashatile, the special NEC meeting at the weekend decided that those with ambitions of leading the structure may not be in charge of the task team.

“We said at the NEC we would like to have a convener and co-ordinator essentially who have no vested interest in becoming leaders of the women’s league, so that they are able to pull this thing together. The NEC did not say those who are leaders now should not be included in the team, but they have asked the officials to look at it,” Mashatile said.

Bathabile Dlamini must pay R200,000 fine, or go to jail for perjury

ANC Women’s League (ANCWL) president Bathabile Dlamini was on Friday sentenced to a fine of R200,000 for perjury. If she does not pay, she faces ...
News
1 month ago

This decision, however, is at odds with how the party previously handled its dissolved structures.

When the ANC provincial executive committees of both Mpumalanga and the Eastern Cape were dissolved ahead of their conferences, chairs who were contesting for re-election were appointed conveners of the task teams.

The same took place in the Eastern Cape, where Oscar Mabuyane was appointed convener of the task team though he will be seeking re-election at the provincial conference next week.

Get a convener and a co-ordinator who are not interested in being the president of the women's league ... that will be helpful to pull all the comrades together

This decision by the ANC NEC essentially puts Dlamini, along with others eyeing the position, at a disadvantage. They include Nomvula Mokonyane, who is also rumoured to have plans to contest.

Mashatile, however, said they can still become normal members of the task team.

“All the NEC said is that we shouldn’t have a big team — it should not be too big. But I think the NEC said it will be helpful to have some of the comrades who are already there, who have been working on the road map to conference, to be part of this,” he said.

“They didn’t say all of them, but they said it will be good to have people who are already working — but get a convener and a co-ordinator who are not interested in being the president of the women's league. We think that will be helpful to pull all the comrades together.”

The women’s league national executive committee's term expired after the league failed to convene a conference in the previous two years. It is expected that the task team will be appointed in the next few days after the party’s top six decide who should be part of it.

The task team, according to Mashatile, will not be able to take the women’s league to its conference in June as planned as it would need an additional four months.

'Perjury is lying to a court': Freedom Under Law on sentencing of Bathabile Dlamini

“The sentence underlines the seriousness of the offence of which she was convicted,” Freedom Under Law (FUL) said.
News
1 month ago

Whether Dlamini can contest lies with the ANC integrity commission, where she is expected to appear soon. The commission has to decide whether she can contest after her perjury conviction last month.

Mashatile said they had decided that she should appear before the integrity commission as there were clashing views on whether her conviction with an option of a fine meant she could still participate in ANC processes. Some in the NEC argue that by virtue of being convicted on a criminal charge, Dlamini brought the party into disrepute, Mashatile said.

“She has agreed she will present herself, voluntarily, to the integrity commission of the ANC and she will abide by the decision. So she has not been forced to appear, she has agreed herself that she’s going.

“We agreed in the NEC that this is a matter that should not be delayed so I have already written to [ask] the integrity commission to deal with the matter speedily so that we can bring this matter to rest.”