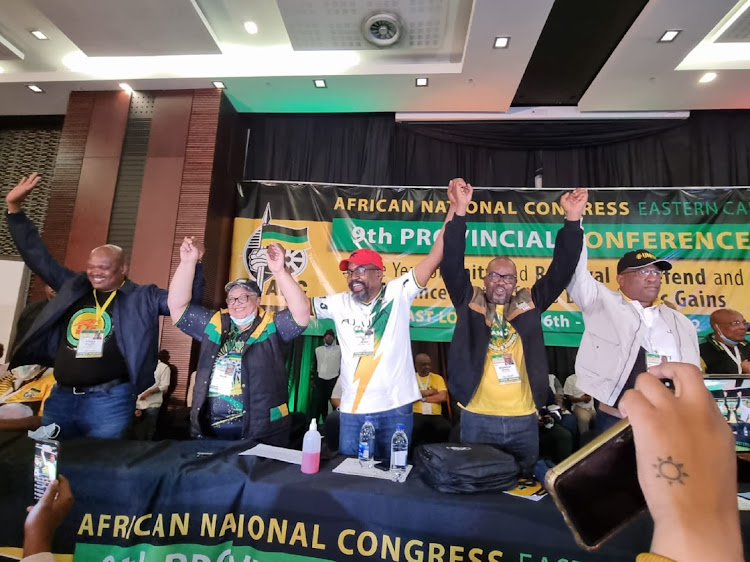 Zolile Williams, the newly elected provincial treasurer of the ANC in the Eastern Cape, will not be drafting his resignation letter from his government job just yet.

He is the municipal manager of the Joe Gqabi district municipality, one of the Eastern Cape’s best-performing municipalities in terms of audit outcomes.

Williams, who was nominated from the floor of the conference on Saturday night, snatched victory with 799 votes from the well-known but controversial Andile Lungisa who received 673 votes.

Williams said he will first prepare a handover report to the council that appointed him in the next few weeks. This will ensure he resigns responsibly from a municipality he has served for 20 years.

Williams defended his decision to stand for a political position, citing the striking down of the Municipal Systems Amendment Act by the Constitutional Court in March 2020. The law barred municipal officials from participating in political organisations.

Journalists had questioned whether he had not violated the law in accepting nomination while he still holds office in a municipality.

“Is there an immediate violation as we speak today? No, because of that legislation being set aside,” he said.

Parliament is amending the act.

The ANC also took a resolution that municipal officials should be barred from participating in political organisations, but legally there is still a chasm in that respect.

“But we would want to conclude that process to close any contradiction and controversy around this issue, he said.

Newly elected provincial chairperson Oscar Mabuyane vouched for Williams’ credentials, saying he was an ANC leader in his own right who had led in party structures before becoming a municipal manager.

“When I came in as the provincial secretary he was a leader in the region and was part of the PEC. He is not a stranger and a newcomer in the space,” said Mabuyane.

He reiterated that the ANC took a policy decision that every member who is employed as per section 56 and above of the Act in the local government sphere is not expected to serve in the administration simultaneously while also occupying political office.

“Clearly that transition is going to be looked after as soon as possible because that doesn’t necessarily mean he must be denied his constitutional rights as a member of the ANC. The anomaly must be corrected,” said Mabuyane.

Provincial secretary Lulama Ngcukayitobi said the ANC wanted Williams’ skills.H e said the party will still meet to decide on his resignation and about his future.

“He has been a municipal manager for that municipality for the past 20 years. He gained a lot of experience and credibility. He is a hugely skilled individual, leading a very stable institution and getting the best accolades in terms of the audit outcomes. Now the ANC needs such credibility in our journey to renew the organisation, our society and our government,” he added.