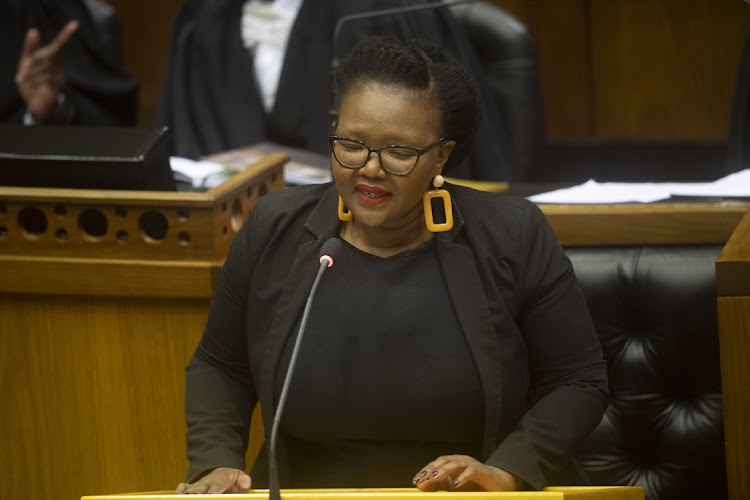 DA deputy chief whip Siviwe Gwarube says 'we must not relent until those who have looted our country for years are brought to book'. File photo.
Image: Jaco Marais

The DA has welcomed parliament’s decision on the process that should be followed in dealing with the findings of the Zondo Commission report.

Earlier this week parliament’s legal services said there was nothing stopping MPs from processing the state capture inquiry reports, especially the sections pertaining to the institution and its oversight role.

This despite speaker Nosiviwe Mapisa-Nqakula’s earlier view that they should only be dealt with when President Cyril Ramaphosa tables the final report from inquiry chairperson chief justice Raymond Zondo.

It said MPs should go ahead and process the reports, which must be carefully scrutinised.

The joint committee on ethics and members’ interests has been requested to investigate possible contraventions, but this will only apply to members ...
Politics
1 month ago

In a statement this week, DA deputy chief whip Siviwe Gwarube said the U-turn was a huge departure from Mapisa-Nqakula’s argument that parliament should wait until Ramaphosa tables his Implementation Plan.

“Her and the ANC’s vehement objection to parliament getting to work is well documented,” said Gwarube.

“The reality is that Mapisa-Nqakula has been stalling this process in the National Assembly Programming Committee while sitting on a legal opinion drafted by parliament’s own legal services for several weeks.

“Nonetheless, we welcome the confirmation that the Joint Committee on Ethics and Members’ Interests has been requested to investigate possible contraventions of the Code of Ethical Conduct.”

Parliament’s legal services say there is nothing stopping MPs from processing the state capture commission reports, especially the sections ...
News
1 month ago

Gwarube said this is an important step for transparency and accountability, and the ethics committee should move swiftly.

“We must not relent until those who have looted our country for years are brought to book. Parliament can no longer afford to simply be a bystander in issues affecting South Africans. Corruption is not a victimless crime. It robs the people of this country.

“We will continue to make sure the parliamentary process continues in earnest,” she said.