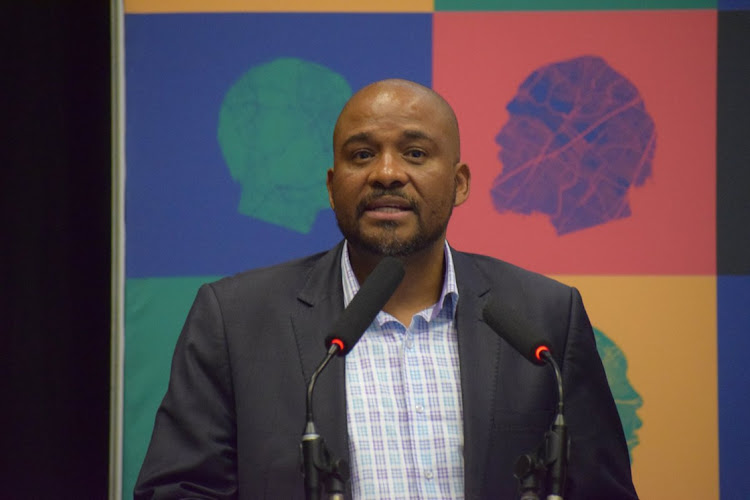 Opposition parties in the National Assembly’s programming committee joined forces to ensure all details regarding Xolile George’s appointment as the new secretary to parliamentary are discussed, even if not in public.

The issues around George’s salary, terms and conditions and other matters related to his employment have been referred to a special meeting of the chief whips forum, which meets behind closed doors.

The two houses of parliament, without much explanation, withdrew a motion to approve George’s appointment as the new secretary on Wednesday.

“The motion on the appointment of the STP will, by agreement, stand over,” house chairperson Grace Boroto said at the beginning of the day’s plenary session.

Parliament has confirmed the appointment of SA Local Government Association CEO Xolile George as its new secretary.
Politics
2 months ago

Mapisa-Nqakula said the postponement was due to a request by leaders of opposition parties who had told her in an earlier meeting they were not aware of the motion to appoint George.

She blamed this on party whips not briefing their bosses about decisions of parliament.

“An impression was conveyed to me that people read about it from the media, when the matter had been reported at the programming committee and was discussed at the chief whips' forum.”

She hoped the appointment would be approved by the two houses next Wednesday, the same day parliament expected George to start. She will meet opposition leaders on Tuesday to iron out outstanding matters.

DA chief whip Natasha Mazzone confirmed her leader John Steenhuisen was one of those who wanted more information about George’s appointment.

Parties had been waiting for this information since the process started more than a year ago, she said.

We are still none the wiser as to the salary, work expectations and other pertinent information we require to take to our caucuses

“We were still to receive information regarding the salary structure and further information and we were also promised a pack that we would get with the information about all the candidates who had submitted their CVs to the multiparty panel. That information was never received,” said Mazzone.

“I believe not even yourself is aware yet of what the salary of Mr Xolile George will be should he be the successful candidate elected next week on Wednesday.

“We are still none the wiser as to the salary, work expectations and other pertinent information we require to take to our caucuses.”

Freedom Front Plus MP Corne Mulder said the matter went deeper than some leaders not being informed before the motion was brought in the house and there were questions about the decision to appoint George.

He could not remember the chief whips' forum discussing the appointment in any of its meetings. It was essential that there was buy-in from everyone in parliament.

The details of the contract and salary package had to be clarified, said Mulder.

Mkhaliphi echoed this sentiment and agreed that the matter be referred to the chief whips' forum for further discussion, saying the person appointed had to enjoy the support of all parties in parliament.

The embattled Busisiwe Mkhwebane is set to appear before parliament in July.
News
1 month ago

A matter of concern was the gap between what George is earning at the SA Local Government Association (Salga) and what parliament is offering.

“Leaders here wanted to know if parliament has taken a decision to ensure that what the candidate was earning at Salga is going to be matched by parliament.”

As Salga CEO, George earns a salary package of R5.8m a year, including performance bonuses and allowances, according to the association’s latest annual report.

He has been parliament’s preferred candidate for the position since March 2021 after a multiparty panel, which included academics and which was chaired by retired judge Bernard Ngoepe, unanimously selected him over six other candidates.

But the institution, which is offering a remuneration package of R2.6m, could not afford him.

After much toing and froing, including restarting the recruitment process in March, parliament’s political bosses made another about turn and announced earlier this month they want George for the job and he would assume his duties on June 1.