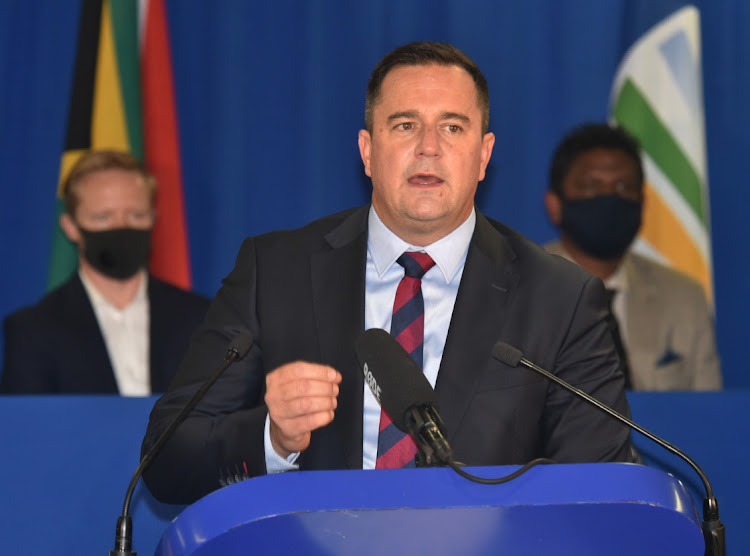 The DA has proposed that the government scrap the general fuel levy and deregulate the fuel sector amid a looming huge fuel price hike in June. File image
Image: Freddy Mavunda

The DA has proposed that the government scraps the general fuel levy and deregulate the fuel sector, among other things.

This amid a looming huge fuel price hike expected in June which will see motorists paying more than R25/l.

The general fuel levy is R3.93/l which DA leader John Steenhuisen on Thursday said was little more than a “corruption tax”.

“Road users are effectively reimbursing the National Treasury for taxpayer funds lost to corruption and wasteful expenditure. By cutting wasteful expenditure on luxuries like catering and entertainment, VIP protection and vehicles, and by uprooting state capture corruption that has cost SA at least R1.5-trillion so far, the general fuel levy of R3.93/l can be scrapped entirely.”

It’s time for the nation to unite and say, 'enough is enough'. We need to stand together and make it clear that we will not accept exorbitant petrol prices that are artificially inflated by our uncaring government

Fuel is expected to increase by between R1.93/l and R1.97/l in June. However, with the fuel levy reprieve of R1.50/l coming to an end in May, the increase will be about R3.50/l unless government extends the temporary relief.

Steenhuisen said the cost of fuel could be further reduced by deregulating the fuel sector to allow competition between sellers. In a market of 11-billion litres a year, competition among sellers would “naturally drive down prices as they compete for business”.

“It is only reasonable that the same market competition determines the final price at the pump.”

Motorists who already pay comprehensive third party insurance should be exempted from the RAF levy. This would free the RAF from claims by those drivers and save them R2.18/l.

Steenhuisen said it was inconceivable that the government would hit South Africans with a huge fuel price hike at a time when the country was battling a “46% unemployment rate, rolling blackouts, irrational Covid regulations, flooding, drought and collapsing service delivery”.

Petrol in neighbouring countries, including  Swaziland, Mozambique, Botswana, Tanzania, Namibia and Kenya, is on average  R5/l cheaper because their governments don’t tax it as much. He accused the government of “choosing” not to do anything to lower prices.

“It’s time for the nation to unite and say, 'enough is enough'. We need to stand together and make it clear that we will not accept exorbitant petrol prices that are artificially inflated by our uncaring government.”

Steenhuisen warned that the expected fuel price hike would drive food prices higher, a devastating blow to millions of poor households already struggling to put food on the table.

The DA would explore every available avenue to prevent the imminent rise in fuel prices and slash fuel prices in future. Steenhuisen said if the fuel price increase continued, millions more people would fall into poverty, children would suffer, people would starve, businesses would go bankrupt, jobs would be lost and riots could be sparked, such as in Sri Lanka last month in response to fuel price hikes there.