Vincent Magwenya set to take over as Ramaphosa's new spokesperson 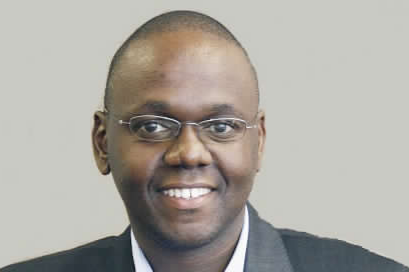 Seasoned communicator Vincent Magwenya is set to return to the Union Buildings as the new spokesperson for President Cyril Ramaphosa.

Well-placed officials in government who TimesLIVE spoke to on Tuesday said Ramaphosa has resolved to bring in Magwenya to fill in the presidency spokesperson position that has been vacant for almost two years.

According to the sources, an announcement was due to be made today by the presidency, with Magwenya expected to immediately assume the role.

He comes in to replace Khusela Diko who was removed as spokesperson after controversy involving her late husband’s involvement in companies that benefited from PPE procurement by the Gauteng department of health.

Though an investigation didn’t find her guilty of wrongdoing with regard to PPE procurement, she was nonetheless found to have failed to disclose her interests in other entities.

Diko was served with a written warning and had her suspension later overturned.

Presidency yet to reveal where Khusela Diko will be redeployed

Minister in the presidency Mondli Gungubele said the relevant leadership would announce Diko's redeployment in due time.
News
9 months ago

The presidency at the time said though she had been cleared of any wrongdoing she would not be returning to her job.

The president has not had a permanent spokesperson since Diko’s departure, with Tyrone Seale appointed on an acting basis.

Magwenya assumes the role at a critical time in the government. Ramaphosa has moved to strengthen his office, placing critical elements of governance, including the State Security Agency, under the presidency.

Magwenya was former president Jacob Zuma’s first spokesperson upon assuming office in 2009, but later resigned, with those close to him at the time citing frustration at being left out of the loop on key developments in that office.

He has also held several senior positions in the private sector,  including serving as CEO of public relations firm Magna Carta.