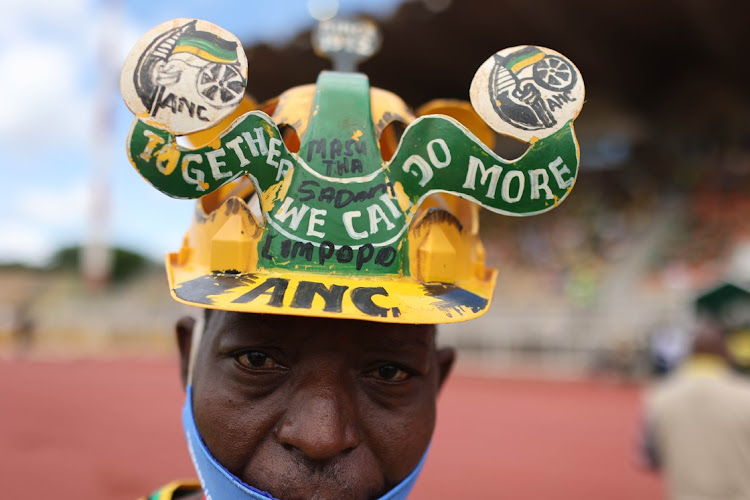 Sadam Masutha poses for a picture on January 8 at the Peter Mokaba Stadium in Polokwane, Limpopo. The ANC in that province goes to conference this weekend where new leaders will be elected.
Image: Alaister Russell/Sunday Times

The ANC in Limpopo heads to conference this weekend amid strong indications that President Cyril Ramaphosa’s bid for a second term will be endorsed by whoever wins there.

Chairperson and premier Stan Mathabatha, who is seeking a third term, will be up against another provincial strongman Dickson Masemola when delegates meet at The Ranch outside Polokwane to decide on new leaders.

Limpopo is expected to be the fourth province to endorse Ramaphosa after the Northern Cape last year, Mpumalanga in March, and more recently, the Eastern Cape. It is understood that both the Mathabatha and Masemola factions agree Ramaphosa must get a second term. However, they disagree on who should lead the province.

A controversial figure in the Mathabatha camp is Danny Msiza, who would have stood as provincial secretary but cannot due to the step-aside rule. Msiza had to step aside as provincial treasurer due to his alleged involvement in the VBS Mutual Bank saga, meaning he cannot contest positions at this conference.

He was fingered in Terry Motau’s “The Great Bank Heist” forensic report as having been key to influencing municipalities in Limpopo to invest millions of rand in the doomed VBS Bank and faces criminal charges with other players in the fraud saga.

Florence Radzilani, who was also mentioned in the VBS Bank report but never charged, is contesting the position of deputy chair on the Mathabatha slate. She was forced to resign as mayor of the Vhembe district municipality after Motau reported her as allegedly having demanded a R300,000 “Christmas” present when the municipality deposited R300m in VBS.

The ANC’s step-aside rule has not been invoked in her case. Provincial secretary Soviet Lekganyane is seeking re-election to the same position on the Masemola slate.

According to ANC insiders, the “Doctors Group” — a reference to ministers/doctors who come from Limpopo: Aaron Motsoaledi, Joe Phaahla and health MEC Phophi Ramathuba — is said to back this slate with communication and digital technology minister Khumbudzo Ntshavheni.

Ramathuba and Ntshavheni are, however, rumoured to have jumped ship to the Mathabatha faction, which if true, would seriously weaken the Masemola/Lekganyane faction. This faction was already heading into the conference limping from being thrashed in some of the powerful regions in the province, including Peter Mokaba, Vhembe and Sekhukhune.

While Ramaphosa seems to command the support of both factions, it's not clear how the province will decide on other positions in the top six, notably that of deputy president which is being contested by a number of candidates, including deputy president David Mabuza, justice minister Ronald Lamola and ANC treasurer-general Paul Mashatile.

Limpopo will also debate whether it should have a provincial representative in the top six and who it puts forward for the national executive committee. It is believed support for a third term for Mathabatha could secure enough support for him to be sent to national. His supporters want to see him as national chairperson of the ANC, failing which they will insist he be featured highly in the NEC list and given a ministerial position.

They will use the upcoming provincial general council to nominate someone to take over as chairperson. The conference is expected to start on Friday and if all goes according to plan, Ramaphosa will make the closing address on Sunday.