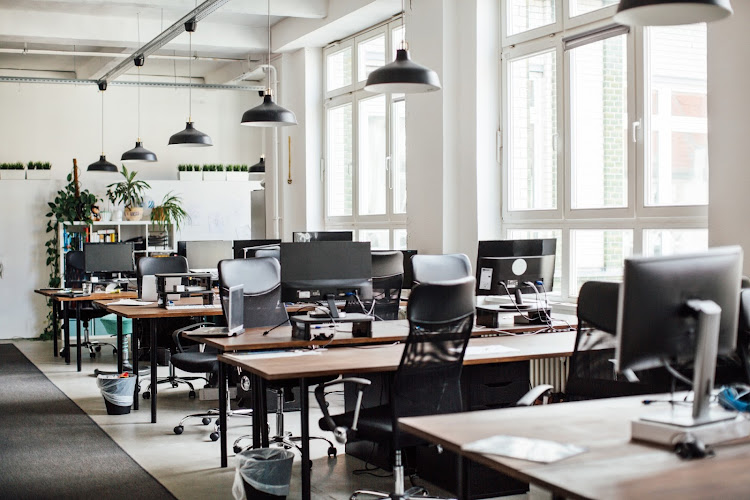 The DA's Leon Schreiber explained that the Public Administration Laws General Amendment Bill seeks to, among other things, prohibit a special service benefit for directors general or heads of department who have been dismissed. Stock image.
Image: Bloomberg

The Public Administration Laws General Amendment Bill, which seeks to remove the influence of politics in public administration by ensuring government employees do not hold positions in political parties, was in sharp focus during a National Assembly sitting on Wednesday.

“This should be something which applies across the board. Any party who is in power, none of them should have the ability to capture the administration and make appointments based on political consideration rather than merit,” said DA MP Leon Schreiber.

Schreiber, who drafted the amendment bill, briefed the portfolio committee on public service and administration on the bill, which also seeks to prohibit a special service benefit for directors general or heads of departments who have been dismissed.

Furthermore, it seeks to enhance the financial and administrative independence of the public service commission. It also seeks to mandate the commission to enforce merit-based appointments, free from political influence.

“It also seeks to empower the public service commission to take remedial action on the many recommendations, which are often not acted on,” said Schreiber.

Just days after her appointment was endorsed by the Makana council, the DA in the municipality is already gunning for newly appointed CFO Nomfundo ...
News
4 weeks ago

On prohibiting political office bearers from public service employment, Schreiber said that provision was adopted a few weeks ago in the National Assembly in the form of the Municipal Systems Amendment Bill.

“This exact clause is now on the president’s desk and should he sign the bill, it will prevent, in the municipal sphere, political office holders from working in the administration.

“The recently passed amendment makes it clear that an employee of the public service may not hold political office in a political party or political organisation whether in a permanent, temporary or acting capacity.”

Schreiber explained that there is a one-year grace period to allow an employee to resign from political office before they can accept a transfer, promotion or secondment.

The second amendment wants to simply remove the provision for dismissal to be a ground for a special service benefit. “Other institutions like the public protector, Icasa and others are given this important marker of independence, this amendment proposes to add the public service commission into its rightful place to ensure that its purpose for its existence is not rooted in legislation but rooted financially in the constitution as well.”

This, he said, is aimed at improving accountability in the public service commission.

“Another proposal is to insert into the Public Service Commission Act the mandate for the commission to issue directions to ensure that decisions related to recruitment, transfer and promotion are based on ability demonstrated by proficiency, training or other qualification and skill required for the relevant area in which the recruitment, transfer and promotion is being done.”

He said this will clearly embed in law that cadre deployment is not allowed and “that people who are loyal to particular political courses of parties do not in any way become advantaged above people who are not”.

On ensuring that the commission is able to take remedial action, Schreiber said the amendment would ensure that measures, directions and recommendations issued by the commission are legally binding.

“With this amendment, within 60 days the relevant authority that has been given a direction or a recommendation must report to the public service commission on whether it has been implemented and if there is a failure to implement the commission can investigate.”

‘A slap in the face to KZN’s people’: DA criticises Zikalala for attending Zuma’s prayer meeting

"That the premier and his health MEC, as cabinet members, chose to attend an event in support of keeping the disgraced former president out of jail ...
Politics
1 month ago

Deputy minister in the presidency Thembi Siweya criticised the bill, saying it appeared to duplicate existing legislation which sought to hold the executive accountable.

“The concern was that the basis of the bill was on the testimony given at the commission of inquiry on the allegations of state capture since 2018 ... The bill does not holistically address the priority of building a capable, ethical and developmental state. It is also parallel to other legislative amendments ... The bill assumes that the independence of the public service commission is being compromised.”

Siweya said the government’s aim was not to criminalise those with political ambitions but to protect the integrity of the public service.

“The focus of the bill is largely on the independence of the bureaucracy rather than investing in professional public service. It’s not entirely addressing the political administrative-related challenges.”

Siweya recommended that the government be allowed to continue with its policy focus and initiatives to expedite the finalisation of key legislation, including the implementation of the Municipal Systems Amendment Bill.