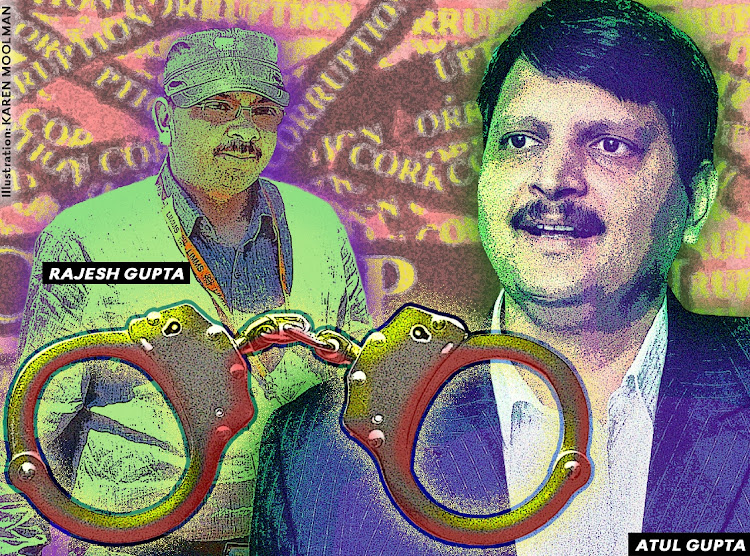 Rajesh and Atul Gupta have been arrested in Dubai on a red notice issued by Interpol. Political parties say it's vital the two stay behind bars long enough for the National Prosecuting Authority to ensure its case is watertight while extradition negotiations take place.
Image: Karen Moolman

Two days after the government confirmed law enforcement authorities in the United Arab Emirates (UAE) have arrested Rajesh and Atul Gupta, SA’s political parties, while welcoming the arrests, have questioned the timing of the news.

Listen to what they had to say:

The Gupta brothers are accused in SA of profiting from close links with former president Jacob Zuma and exerting unfair influence. Their arrests follow the issuing of a red notice by the International Criminal Police Organisation (Interpol) at the beginning of March.

The news of the arrests arrived days after President Cyril Ramaphosa was accused of allegedly hatching a plan to cover up a crime at his Limpopo farm when thieves made off with millions in foreign currency kept there.

The allegations were made by former spy boss Arthur Fraser, who has laid charges against Ramaphosa.

The state capture-accused Gupta brothers, Atul and Rajesh, have been arrested in Dubai.
News
2 months ago

The president has since publicly stated he was not involved in any criminal activity.

Leaders within the DA, EFF and GOOD parties have said the timing of the news is suspicious, with some going so far as to say the arrests are being used to divert attention away from the allegations facing the president.

The arrests have paved the way for SA to start the extradition process for the two Gupta brothers. Extradition is often a time-consuming and drawn-out process consisting of complicated legal steps and a plethora of potential legal challenges.