EFF opens case of assault against speaker of National Assembly 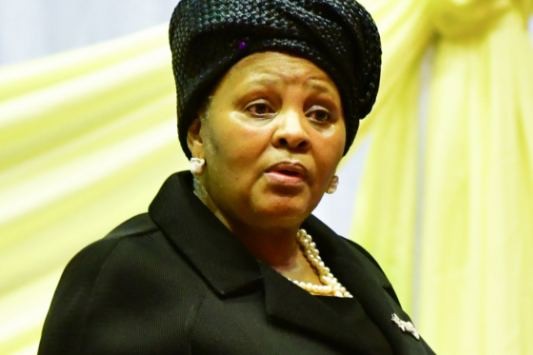 The EFF said on Friday it had opened a criminal case of assault against speaker of the National Assembly Nosiviwe Mapisa-Nqakula.

EFF members were forcibly removed from the National Assembly chamber by parliament's protection officers during the presidency’s budget vote on Thursday.

"The members of parliament who were subjected to Mapisa-Nqakula's tyranny in service of [President Cyril] Ramaphosa, have opened a case of assault with intent to cause grievous bodily harm and sexual assault against Nosiviwe Mapisa-Nqakula, and the so-called parliament protection services," the EFF said in a statement.

The party urged police to speedily act on the case it opened.

“The EFF will pursue private prosecutions against [the] speaker and the parliament protection services if there is nothing done about the cases we have opened.”

After numerous points of order and disruptions by EFF MPs, President Cyril Ramaphosa eventually took to the podium to deliver his budget vote speech, ...
Politics
2 months ago