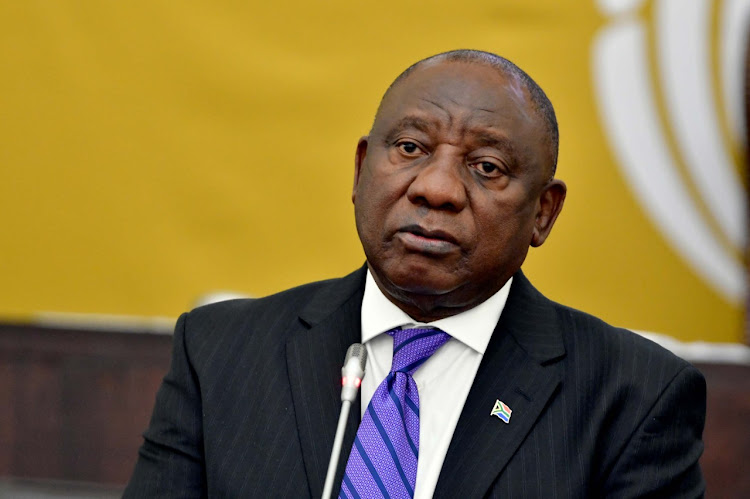 Disruption of President Cyril Ramaphosa’s reply to debate on the presidency budget vote continued in parliament on Friday.

Three hours after the scheduled 10am start, Ramaphosa was yet to utter a word as EFF MPs delivered on a promise made by their leader Julius Malema earlier this week to disrupt the president.

At one point, speaker Nosiviwe Mapisa-Nqakula suspended business for an hour for party whips to consult.

EFF MPs picked up from where they left off on Thursday, raising points of order objecting to Ramaphosa addressing parliament, saying they want him to “step aside” pending investigations into his alleged involvement in covering up a February 2020 robbery at his Phala Phala farm in Limpopo.

Earlier on Friday, the EFF complained that its women MPs had been manhandled and sexually harassed by parliament’s so-called “bouncers” as they were removed from the Good Hope Chamber on Thursday.

In the wake of revelations about a bizarre robbery at the Limpopo farm of President Cyril Ramaphosa, political interaction in parliament and beyond ...
News
2 months ago

“We are telling you that female EFF MPs yesterday [Thursday] were sexually harassed by the security you called on them,” Chirwa repeatedly told Mapisa-Nqakula.

While only four EFF MPs physically attended Thursday’s session, about 15 red berets were present on Friday and Mapisa-Nqakula had her hands full trying to deal with their disruptive behaviour.

Even after some were bundled out by security, those remaining continued to disrupt and refused to leave when instructed to do so.

After the hour-long adjournment, whips from all other parties called for proceedings to continue and for the disruptive members to be removed.

“I presided over the meeting and agreed that on the order paper there’s one item; response by the president and we are saying the president is going to respond in this chamber today, at this hour,” said ANC chief whip Pemmy Majodina.

The EFF charged three of its MPs to cause the disruption it promised as President Cyril Ramaphosa tried to start his budget debate on Thursday.
Politics
2 months ago

What happened in the morning session before the adjournment should be investigated and proper disciplinary steps taken.

“We can’t be taken for granted here as MPs when we agreed as the chief whips' forum and National Assembly programme committee on the procedures that parliament is going to undertake,” she added.

Other MPs described the scenes as embarrassing, unconstitutional, unfair and insulting.

EFF chief whip Floyd Shivambu insisted that Ramaphosa should not be permitted to speak and should step aside in the same way he suspended public protector Busisiwe Mkhwebane to allow for an inquiry into her fitness to hold office.

“Yes, he has not yet been convicted, but there are serious allegations against him. He must therefore not be permitted to speak here in this parliament,” said Shivambu.

“In the same way the public protector is suspended, he must step aside.”

Mapisa-Nqakula said they had taken serious note of what Chirwa raised and would investigate. They were not aware of the alleged abuses.

“We will conduct an investigation post this debate. Fortunately there are videos everywhere, even outside, there are cameras,” she said.