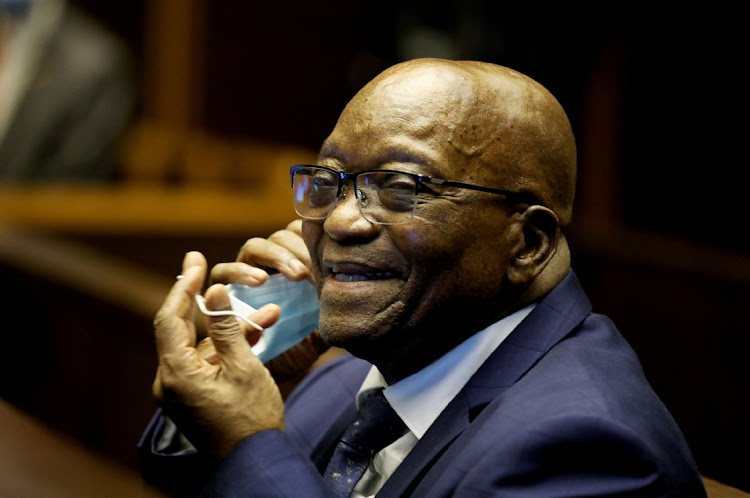 Former president Jacob Zuma’s cryptic tweet about the ANC and its leaders has tongues wagging online.

Zuma saw his name top the social media platform’s trend lists over the weekend when he made a statement about corruption in the ruling party.

Without mentioning names, Zuma said an ANC leader said “the ANC is the number one corrupt organisation”.

His remarks come while the ANC is under fire for alleged corruption during an investigation into President Cyril Ramaphosa and “farmgate”.

This comes after $4m (R64.1m) in cash was allegedly stolen from his Phala Phala game farm in Limpopo two years ago.

Ramaphosa has denied any wrongdoing or involvement in criminal activity.

His spokesperson Vincent Magwenya said the president would co-operate with law enforcement investigation into the allegations.

A video of Duduzane Zuma denying looting state funds with his former business associates the Gupta brothers has again been thrust into the spotlight.
News
2 months ago

Speaking during the budget vote debate in parliament, DA leader John Steenhuisen compared Ramaphosa’s Phala Phala to Zuma’s Nkandla, saying the incident will forever be a “big and ugly stain” on Ramaphosa’s presidency.

“Do you recall the shame of Nkandla and the arrogance of your predecessor? Do you remember the embarrassment of the fire pool video and all the shameless defending done by the members in these ANC benches? Do you remember the scathing rebuke parliament got for failing to hold president Zuma to account for Nkandla, and the solemn promises of ‘never again’?” asked Steenhuisen.

“The presidency is not yours or your party’s. It belongs to SA. When you drag the presidency into the gutter, you are dragging our country down there too. South Africans don’t want this — and they don’t deserve this.”