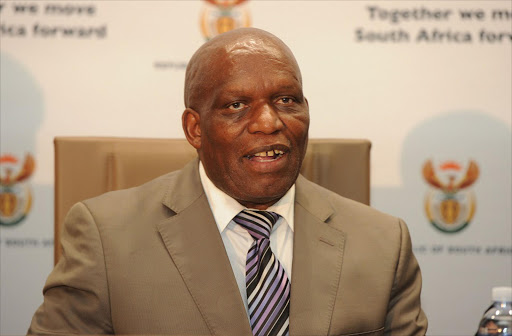 SACP outgoing national chairperson Senzeni Zokwana has called out party boss Blade Nzimande for saying he would accept nomination for and election to a position in the top six.

Zokwana, in a veiled swipe at his fellow SACP central committee colleague, said Nzimande must behave like a dancer and make peace with the reality that his knees were tired and it was high time he vacated the dance floor.

As leaders, we must behave like dancers. When you feel that your knees are unable to lift you, it is time for you to leave the floor

This after Nzimande served 24 years on the trot as SACP general secretary and announced he would not stand for that specific position but would accept nomination for any of the other positions.

Nzimande has been touted to replace Zokwana as national chairperson though it is believed the majority of the SACP provinces rejected the proposal.

According to Zokwana, Nzimande has played his part and should allow new blood to steer the red ship forward.

Deviating from his written speech during the official opening address of the 15th SACP national congress, Zokwana told Nzimande to forget about contesting for the position of national chairperson.

“I would like to appeal to leadership to say as leaders we must behave like dancers. When you feel that your knees are unable to lift you, it is time for you to leave the floor,” said Zokwana to applause and shouts of “yahoo”

“None of us must believe that I am entitled to continue as chairperson.

“As leaders comrades must develop deafness by purpose. You do not have to listen to gossip about your name because you will become reactionary and act wrongly. When you hear your name was mentioned in forums you were not in, do not regard that as the truth, regard it as not true.”

Zokwana said the SACP must preoccupy itself with coming up with solutions to problems plaguing the ANC-led government and its service delivery shortcomings.

Meanwhile the opening day of the congress at the Birchwood Hotel in Ekurhuleni was not without drama as the Young Communist League (YCL) raised the placement of ANC president Cyril Ramaphosa on the agenda.

Ramaphosa is scheduled to deliver his message of support on Friday morning with Nzimande billed to table the political report before the congress plenary on Thursday.

Supported by the Western Cape delegation, the YCL charged that having Ramaphosa have “the last word” was tantamount to turning an SACP conference into an ANC conference, adding that this was not in line with tradition where messages of support always come before the political report.

In an attempt to intervene, SACP candidate for general secretary Solly Mapaila said national officials were managing the matter which arose from a list of demands they, through Nzimande, put forward for Ramaphosa to consider and report on during his speech.

The YCL submitted the SACP “should not be compromised” to accommodate the ANC as the latter would never do so when it hosts the SACP at its conferences.

The proposal moved was that either Ramaphosa speaks earlier than initially  scheduled or Nzimande's political report is given after the ANC message.

Following a stalemate on the matter with some saying there was no issue with Ramaphosa speaking after Nzimande, the matter was deferred to the congress steering committee to resolve and report back on.

The congress will last until Saturday with 400 voting delegates and dozens of local and international guests, including some from rivals in the geopolitical battleground, Russia and the US.

Mpumalanga and KwaZulu-Natal boast the highest number of voting delegates with 61 and 56 respectively, while the Western Cape and Northern Cape have the smallest delegations at 23 and 17.

A total of 347 voting delegates attended on the opening day with nominations of officials expected on Thursday evening or Friday morning.