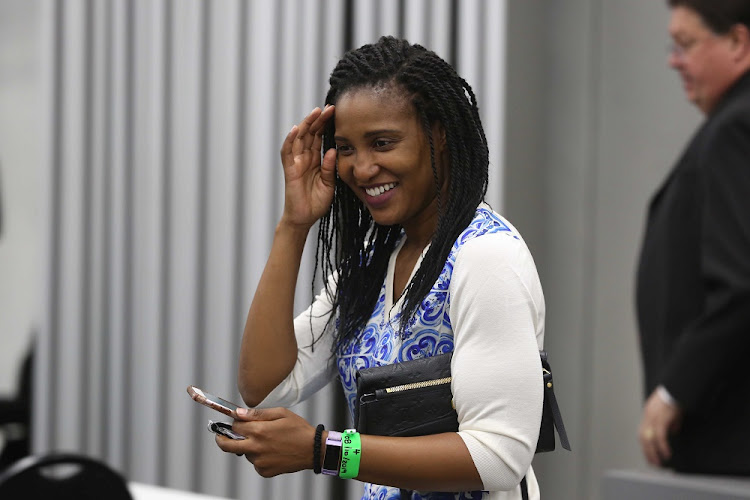 Former president Jacob Zuma’s daughter Duduzile Zuma-Sambudla has lashed out at Zweli Mkhize, saying the former health minister and others should keep her father’s name out of their mouths.

This comes after the presidential hopeful decried the treatment of Zuma and said the July 2021 unrest occurred because his arrest was handled badly by ANC leaders.

Mkhize was addressing a local ANC structure on his presidential campaign trail in KwaNyuswa, Durban.

“The country needs to know the pain we felt because of the abuse of Msholozi. We all need to understand the sensitivities involved in the matter of Zuma. They cut very deep to the people of KwaZulu-Natal. That is what caused the outrage,” he said.

Responding to Mkhize’s comments, Zuma-Sambudla seemed to suggest he was a wolf in sheep’s clothing.

“Cdes (comrades) must not come and irritate us. Conference season doesn’t mean we have amnesia,” she said.

“We see you and we know who you are. Keep my father’s name out your MF mouths if you are trying to get nominated for positions.”

Cdes Mustn’t Come And Irritate Us!!!

And We Know Who You Are…Keep My Father’s Name Out Your MF Mouths If You Are Trying To Get Nominated For Positions. pic.twitter.com/pqZJwNsJPp

This will be Sisulu’s second attempt at the presidency.

In 2017 she contested the position alongside co-operative governance and traditional affairs minister Nkosazana Dlamini-Zuma, but lost to Ramaphosa.

Earlier this year mineral resources and energy minister Gwede Mantashe dismissed claims about running for deputy president of the ANC and SA, saying he is too old for the job.

He told City Press the position requires someone who is “younger and more energetic”, and said he would not take it for the sake of taking it.

“The reality is there must be a generational mix in the top six. There must be new blood and an infusion of various generations, not only to enable us to renew the ANC, in terms of ideas, but leadership itself.”

Lamola said he would leave his current position should branches call for him to run for ANC deputy presidency.

“The ANC is a party of processes, and we have to respect processes that branches are going to embark on to lead that process,” he said.

“We do not have a history of disrespecting the call by structures. We must allow that process to be led by the structures.”