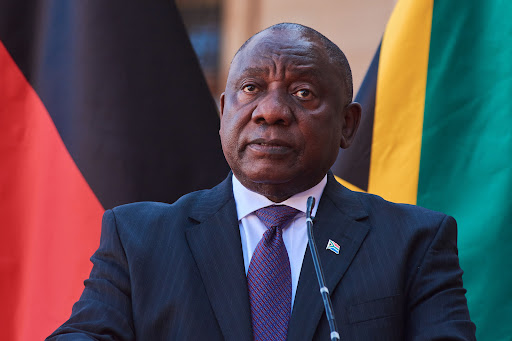 It remains unclear whether the new collective will back President Cyril Ramaphosa’s bid to win a second term as head of the party.
Image: Bloomberg

The ANC has elected new leaders in the key region of KwaZulu-Natal, though it remains unclear whether the new collective will back President Cyril Ramaphosa’s bid to win a second term as head of the party.

Siboniso Duma was elected chairperson of the party’s provincial structure, which has more than 200,000 ANC members. He ousted former chair Sihle Zikalala, who was seen as a Ramaphosa ally and remains premier of the province. Duma garnered 930 votes to Zikalala’s 665.

With public anger running high over a lack of basic services, rampant unemployment and poverty, the ANC's control over parliament and Gauteng will both be at risk in the 2024 vote.

Ramaphosa himself is facing growing criticism about his failure to address those issues. He drew a stinging rebuke last week from former president Thabo Mbeki for not fulfilling a February pledge to announce a programme within 100 days to boost economic growth — a failure that Mbeki said risked triggering protests similar to those that swept the Arab world a decade ago.

Ramaphosa has also yet to deliver an emergency plan he said July 15 would be announced “in the coming days” to address rolling power blackouts that have curbed economic output.

The party’s failure to address inequality and rampant unemployment present the risk that the ANC may lose its majority in the next election scheduled for 2024, said Sandile Zungu, a businessman who withdrew from the election for chairperson of the KwaZulu-Natal region. He called for the inclusion of more business people within the ANC’s structures to help address SA’s economic problems.

“The trends are showing that it will be a situation where less than half the voters don’t believe in the ANC, unless something is done,” Zungu said in an interview.

“The biggest problem this economy faces is its inability to create jobs. That is a major failing of the ANC and to the extent that the policies don’t address this critical challenge of unemployment, then we are failing.”

KwaZulu-Natal, home to sub-Saharan Africa’s largest container hub at the port of Durban, is the second-biggest contributor to SA’s gross domestic product. Warring factions have divided the party in the province, resulting in its losing the kingmaker status that propelled former president Jacob Zuma to power in 2008.

Those who want to lead the party will look to secure the province’s support in the run-up to the national conference in December. Among them is disgraced former health minister Zweli Mkhize, who has signalled he plans to challenge Ramaphosa and has received endorsements from some of the province’s local structures.

Chairpersons in four other provinces have backed Ramaphosa for reelection, though there’s no guarantee that their provincial structures will follow suit.

The ANC’s official nomination process will start in August.