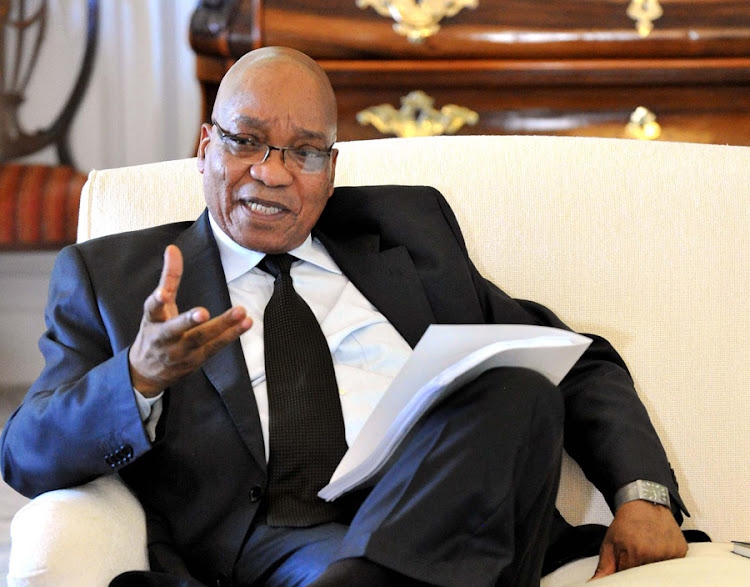 Former president Jacob Zuma has noted the love he continues to receive from ANC KwaZulu-Natal supporters.

At the weekend, ANC delegates in the province chanted Zuma’s name during the conference to elect new provincial leadership, asking Wenzeni uZuma (what has Zuma done?).

The trend continued on Sunday when President Cyril Ramaphosa arrived at the Olive Convention Centre for the conference accompanied by newly-elected ANC provincial chairperson Sboniso Duma and his leadership team.

Ramaphosa was greeted by boos inside and Wenzeni uZuma. Duma took the microphone to plead with his comrades to show “revolutionary discipline”.

Duma said Ramaphosa was aware the province was not happy with Zuma’s arrest in July last year.

On social media, Zuma’s namesake foundation said the former president welcomed the love he continues to receive from supporters.

“HE [former] president Zuma has been inundated with phone calls from people telling him that ANC KwaZulu-Natal loves him and have been singing the Wenzeni uZuma song.

“Zuma says we must convey the message to those in the ANC in KwaZulu-Natal who love him that he loves them more and he loves the ANC,” said the foundation.

H.E President Zuma has been inundated with phone calls of people telling him that #ANCKZN love him and have been singing the #WenzenuZuma song.
Prez Zuma says we must covey the message to those ANCKZN that love him, that he loves them more and that he loves the ANC.#WenzenuZuma pic.twitter.com/Gw7ZtkZhZR

His daughter, Duduzile Zuma-Sambudla, said a welcoming celebration for the new ANC provincial leadership will be hosted at Nkandla after “the dust settles”.

“I can confirm we will be welcoming the ANC KwaZulu-Natal leadership in Nkandla when the dust settles after the conference,” she said.

I Can Confirm That We Will Be Welcoming The #ANCKZN Leadership In Nkandla When The Dust Settles After The #ANCKZNconference pic.twitter.com/IYTwReMWz0

Outgoing ANC KwaZulu-Natal chairperson Sihle Zikalala defended the singing of Wenzeni uZuma , saying it was not directed at anyone.

“However, we cannot hide that there is pain in the membership of the ANC and generally in the society about how the former president was treated,” said Zikalala.