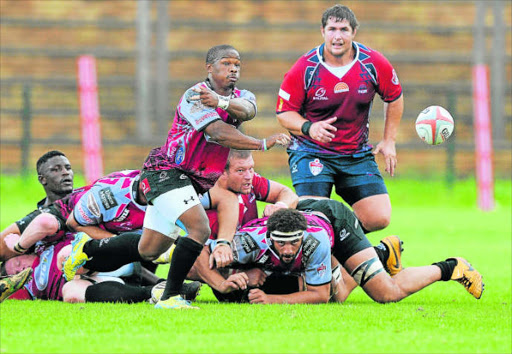 Two years after leaving the Border Bulldogs, Sinovuyo Nyoka is back to give Bulldogs some bite.

Nyoka will start at number nine ahead of Bangi Kobese this weekend when Border visit Western Province for a Currie Cup qualifier meeting at Newlands Park.

In fact, the Bulldogs technical team have been having headaches in this very crucial position, with Nyoka set to be the third different scrumhalf to start for Border in three consecutive matches.

Kobese started last weekend in the 45-26 loss to the Blue Bulls while Zukisani Tywaleni got the nod a week before when Border thumped Namibian side Windhoek Draught Welwitschias by 76-18.

All eyes will be fixed on Nyoka on Saturday in Newlands to see what he brings to the table that is different from his predecessors and whether he has what it takes.

The King William’s Town-born Nyoka believes in himself: “Having played at the Currie Cup Premier Division for the Pumas, I believe my experience will help Border a great deal.

“Besides, I think there is stiff competition at Bulldogs in that position which is a good thing because folks would not perform when comfortable and owning positions.

He continued: “I believe my passing is more accurate and I am very physical in defence.”

While still relatively young, Nyoka has a considerable amount of experience, having amassed more than 50 caps at Border before leaving in 2013 which may make his comeback a big plus.

Nyoka rejoined Border after an unsuccessful spell at the Valke, where he featured in five official matches, mostly from the bench.