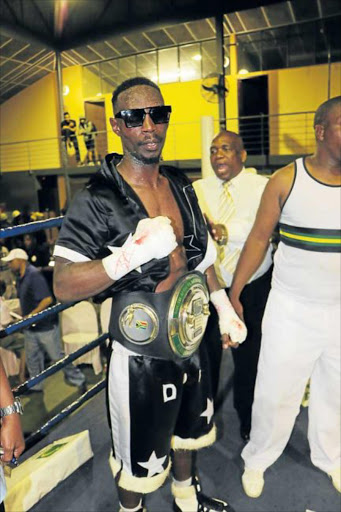 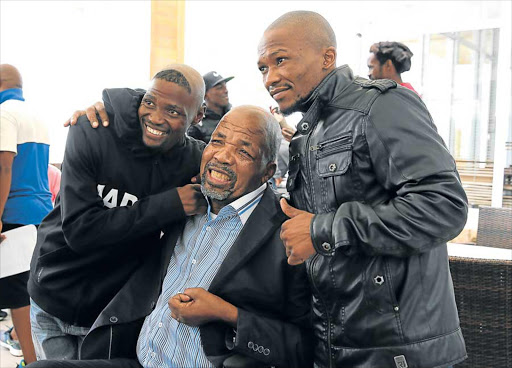 Veteran boxing mentor Mzi Mnguni may be wheelchair bound but he has not lost any of his shrewdness which helped his Eyethu boxing club to produce a horde of champions.

This was evident when the ailing promoter guided upstart Phila Mpontshane to a surprise win over Aphiwe Mboyiya to wrest the SA junior lightweight crown in the last tournament of the year.

Coming in as an underdog, Mpontshane, whose first name translates to “get well”, dethroned Mboyiya to give his stricken promoter a massive recovery at Mdantsane Indoor Centre a fortnight ago.

Mnguni is recuperating from a massive stroke.

What made the victory particularly remarkable was the fact that not only was Mpontshane a hand-picked opponent but Mnguni had attempted to organise the fight himself only for Mboyiya’s promoter Xaba Promotions and Events to insist on arranging it.

So confident was XPE of Mboyiya’s win that its boss Ayanda Matiti even made an announcement before the fight that Mboyiya would challenge for a world title during 2017.

He apparently underestimated the uncanny ability of Mnguni to detect weaknesses in an opponent fighting his boxer.

Furthermore Mnguni knows Mboyiya inside out as he guided him to a stunning upset over Godfrey Nzimande to win the SA featherweight title exactly on the same date of Mpontshane’s victory four years ago.

The duo’s working relations subsequently soured after Mboyiya’s first defence leading to Mnguni to arrange Lusanda Komanisi to dethrone him via a six- round stoppage.

Asked if he is intentionally hellbent on beating Mboyiya through his boxers, Mnguni responded: “ I was not even aware that this is the second time my boxer is dethroning Mboyiya until you mentioned the Komanisi factor.”

Mpontshane’s win has brought excitement at the club which is steeped in history as one of the best champion-producing entity in the land.

The club is renowned as the breeding ground for luminary boxers such as Welcome Ncita, Vuyani Bungu, Zolani Petelo, Mbulelo Botile, Hawk Makepula to mention but a few.

But it has been experiencing a drought lately with Mboyiya incredibly becoming the last champion from the club.

Now the 26-year-old Mpontshane has not only revived its fortunes but Mnguni’s deteroriating health as well.

While Mboyiya’s camp is still crying foul over the loss, saying its fighter was given a raw deal, Mnguni says he did not doubt that Mpontshane was a winner.

“When they announced that the outcome was a unanimous decision I said thank God because I did not want any split decision,” he said.

“I had no doubt that Mpontshane would be declared a winner and the fact that the decision was unanimous underlines his dominance of the fight.”

Ironically Mnguni is also responsible for Mpontshane’s lone loss in 11 bouts when he was stopped by Xolani Mcotheli in the 10th round of their provincial title clash way back in 2013.

Mcotheli was then training under Mnguni’s tutelage at Eyethu when he inflicted the first and only loss to Mpontshane.

Mnguni hopes the victory will rub off on some of his boxers to return the iconic club to its former glory.