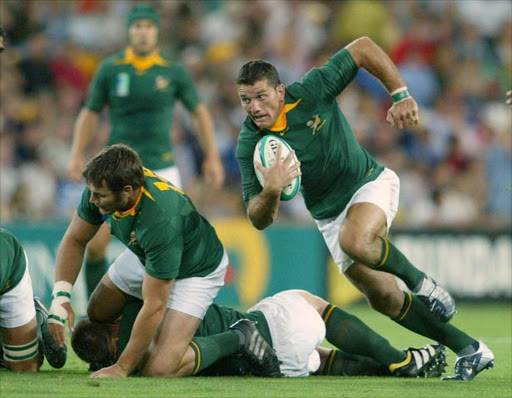 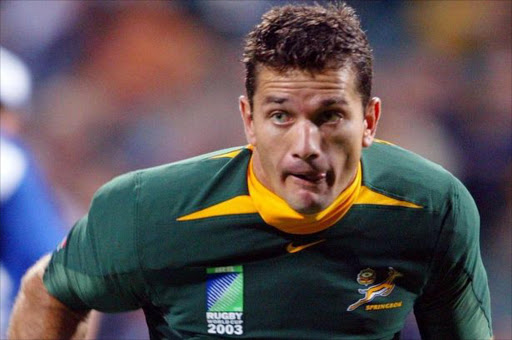 -1987‚ influential in guiding FH Odendaal to its first Administrators Cup final. They lose 18-14 to Hugenote from Springs. Hugenote contain future Springboks Japie Mulder and Chris Rossouw. With Van der Westhuizen there are three future 1995 World Cup winners in the match.

-August 1992‚ plays for Junior Springboks against the touring All Blacks.

-April 1993‚ represents Bok sevens at the World Cup in Edinburgh.

-May 1993‚ makes Super 10 debut for Northern Transvaal -June/July 1993‚ unused substitute for the Springboks in both Tests against the touring French.

-October 1993‚ makes Test debut against Argentina and scores a try.

-1999‚ becomes Bok captain and leads them to the World Cup.

-2003‚ plays in his third World Cup before retiring.

-2009‚ video emerges of a man having sex with a woman in film‚ there are claims it’s Joost. He denies these claims.