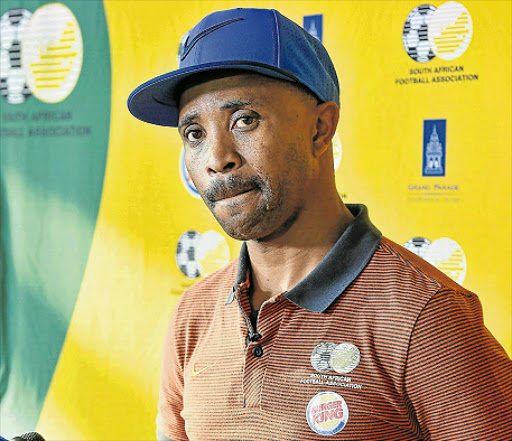 Ayamnkela “Aya” Boloti and Sihle Memela were both spotted by various scouts during the intense week of soccer action that saw the best U21 players from across the country playing for their respective provinces.

Boloti caught the eye of Mamelodi Sundowns scouts during the champs after some dishing out sterling perfomances.

He has since been called up for trials for the Downs’ senior team with their regular centre-back Ricardo Nascimento battling with a long-term injury.

Eastern Cape U21 coach Ongeziwe Seku said they were approached by the Brazilians scouts during the tournament saying if Boloti impresses he will be playing in the Premier Soccer League.

“They came to us and told us straight that Nascimento is out and he is not coming back anytime soon and they need a good centre-back.

“If he does great at the trials there he will be playing for the senior team,” explained Seku.

The coach felt that coaches needed to be given more time to nurture young talent.

“As I was coaching last year I suggested that we, as provincial coaches, we should be given two to three seasons. This is after I noticed that the Free State, USSA as from 2010 they have been under the same technical management,” he said.

“I went to Lusikisiki when the Pondo Chiefs were playing with a team from OR Tambo in the playoffs, that’s where I spotted Sihle Memela from Chiefs.

“I also went to the New Year’s Cup that took place in Grahamstown and that’s where I saw Ayamnkela Bolotyi from Maru FC.”

Memela, 19, who received the top midfielder of the tournament award at the U21 national champs, said he was ecstatic to be given the chance to prove himself at the national platform.

“Opportunities like these don’t come often to us and I am hoping I won’t disappoint anyone who showed they have faith in me. Pondo Chiefs made things happen for me and also coach Ongeziwe has been amazing throughout the championships.”

Amajita head coach and Bafana Bafana assistant coach Thabo Senong said they selected 31 players from the tournament and it was a good exercise to centralise talent.

“Our selectors made their choices based on what they saw and they roped in talent we need to bolster our national teams.

“We will now be putting them into the programme that are designed to help compete at international level.”

Senong applauded Safa and SAB for putting together the tournament.