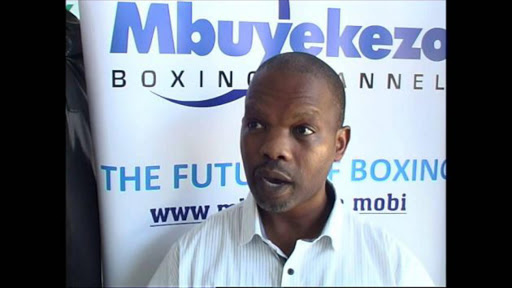 The name of Litha born and bred Andile Mofu has emerged as a favourite to replace the banned African Boxing Federation (AFBC) president Kelani Bayor.

Bayor was slapped with a three-year ban by International Amateur Boxing Association (Aiba) for his role in the chaotic African Amateur continental boxing championships in Congo Brazzaville in June.

This when the event was beset by disorganisation leading to several postponements before proceedings were forced to continue under shambolic circumstances.

Bayor, who is among the breakaway group calling for the resignation of Aiba president Ching-Kuo Wu, was found to have assisted in creating the chaotic atmosphere in disciplinary hearing called by Aiba’s disciplinary commission.

The banning comes in the heels of Bayor’s issuing a statement to continental federations calling for the support of action to oust Wu.

Aiba’s DC found that a hostile and threatening reaction to officials by spectators after the result of a bout on the last day of the competition was exacerbated by comments from Bayor, who committed serious and unacceptable violations of the Aiba disciplinary code.

“The intimidation felt by Aiba officials as a result of insufficient security planning from Congolese Boxing Federation (Fecoboxe), their inadequate response to the situation and Mr Bayor’s own actions, was fully outlined in the tournament supervisor’s written report,” Aiba said in a statement.

“The DC’s decision was also based on written testimony from the majority of those officials present.”

The DC’s decision is final and is not subject to appeal.

Fecoboxe was also slapped with a two-year ban from organising any Aiba-sanctioned events.

The latest debacle is expected to accelerate the moves by the dissident group to oust Wu.

Already a special congress has been called and is scheduled to be held in Dubai in November where the group is expected to reveal reasons behind the call for Wu to step down. However it is not yet clear if Bayor will be allowed to participate in the proceedings given his ban.

Mofu, who also the president of Zone Six champions, has been touted a likely replacement.

Mofu, the SA National Boxing Organisation (Sanabo) has added his voice to the Bayor ban saying it was important for continental leaders to understand that they were both bigger than boxing.

Sanabo sent four boxers to the champions with two of them Sinethemba Blom and Siyabulela Mpongoshe getting eliminated in the last eight. “Aiba is serious in removing processes which are taking boxing into disrepute and also dragging the name of the sport into the mud,” he said.

Mofu declined to comment on his prospects of replacing Bayor.