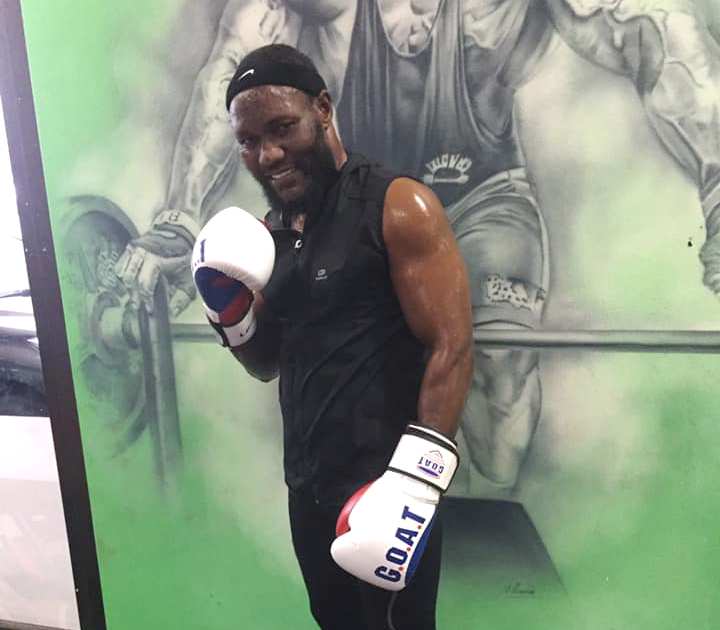 Ndou‚ the 47-year-old former IBF junior welterweight‚ and IBO and WBF welterweight titlist‚ has lived in Australia since 1996 and he said the ceremony would take place at the Pullman Hotel in Melbourne‚ Victoria.

‘‘I am so excited‚” said the soft-spoken fighter who retired as a boxer in 2012 after capturing both the IBF Pan Pacific and WBF welterweight belts after defeating Gairy St. Clair.

He was once chief sparring partner for America's flamboyant star fighter Floyd "Money" Mayweather Junior and remains the only former boxer in history to have doubled as a fighter while practising as a lawyer.

He is the first world champion boxer to graduate with seven university degrees‚ and is currently studying for a PhD in law.

Australia adopted this gentle giant after he had gone there to fight Antonio Tunacao in 1996 and that country will now induct him in its structure housing memorials to famous or illustrious individuals usually chosen by a group of electors.

That country made it possible for him to better his life academically.

"It's an honour to be recognised as having made a major contribution to Australian boxing in particular‚ bearing in mind that I was not born in this country‚" he said.

"History also shows that I am the first Australian-based‚ African-born fighter to ever win a world title on Australian soil."

"Australia allowed me to put my country of birth‚ South Africa‚ on the world map‚" said the proud South African who intends to come back home and be involved in politics.

"I believe this induction is the beginning of many big things to come for me. I always tell any aspiring young person I talk to that the life you live today dictates your future. I've worked hard.

"I will‚ however‚ be the first to acknowledge that I did not do it all on my own. This is the result of a collaborative effort of a team that worked together to achieve a common goal. That team involves all who worked with me throughout my career.

"In that respect I would like to share the award that comes with the induction with everyone that has ever been part of my team."