New PSL season: A rested Sundowns could be even more fearsome 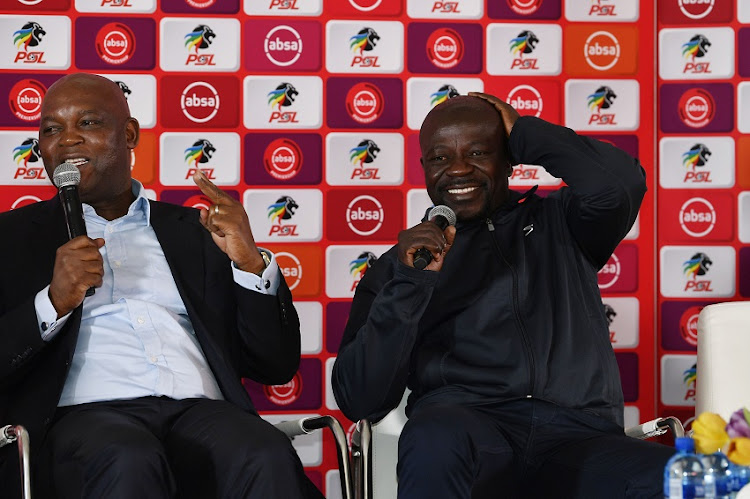 Mamelodi Sundowns are going after a hat-trick of Absa Premiership titles and with their star-studded squad‚ the question is if anybody can stop them.

When you look at the quality of the Sundowns squad‚ it is hard to find reasons why they should not win the league.

Their big impediment in the past‚ the gruelling African club competitions‚ are now more aligned with the Premier Soccer League season and so‚ for once‚ coach Pitso Mosimane has been able to give his team a proper break and preseason.

Sundowns have finished in the top two in each of the last six seasons and the likelihood is that they will be there again‚ unless something‚ or someone‚ comes along to upset the apple cart.

Cape Town City will want to go from the funky new kids on the block to genuine title contenders this season to confirm their status as a club on the ...
Sport
2 years ago

Sundowns have been quiet in the transfer market by their standards‚ bringing in tall Uruguayan forward Mauricio Affonso‚ Tanzanian striker Habib Kyombo and fullback Nyiko Mobbie‚ who looks set to be loaned straight back out.

So what of the likes of Oupa Manyisa‚ Jeremy Brockie‚ Aubrey Ngoma‚ George Lebese and Lucky Mohomi? Will they get a run‚ or are they just there to make up the numbers again? Certainly this is the PSL squad with the most depth in all positions‚ by far.

Fast-paced‚ quick-passing‚ one-touch around the box and plenty of width. Sundowns use guile and intelligence to break down opposition defences‚ though this also means they have to be incredibly precise in what they do‚ which has been a downfall in the past.

Chippa United have had one season as a top eight finisher but spent the rest of their time in the top-flight fighting relegation.
Sport
2 years ago

When on their game they are exhilarating to watch‚ but they do sometimes need to find new ways to get past‚ over or round that bus.

Sundowns will play in three different trophies in the opening two weeks of the season‚ with the league‚ MTN8 and the Caf Champions League‚ which is an insight to what awaits them in another busy campaign. It is the price of success and Mosimane wouldn’t have it any other way.

They start at home to SuperSport United on Saturday‚ and by a quirk of the fixture computer‚ are home in five of their first eight league matches. But then comes a period between November and January when they are away in seven out of 10 matches in some truly bizarre scheduling.

Three of their last four games are home‚ though‚ and they will host Black Leopards on the final day of the season.

Champions Mamelodi Sundowns got their new Absa Premiership campaign off to the perfect start with a 2-0 victory over cross-town rivals SuperSport ...
Sport
2 years ago

The Port Elizabeth-based professional soccer side were the stronger of the two sides but struggled when it came to putting the ball in the back of ...
Sport
2 years ago