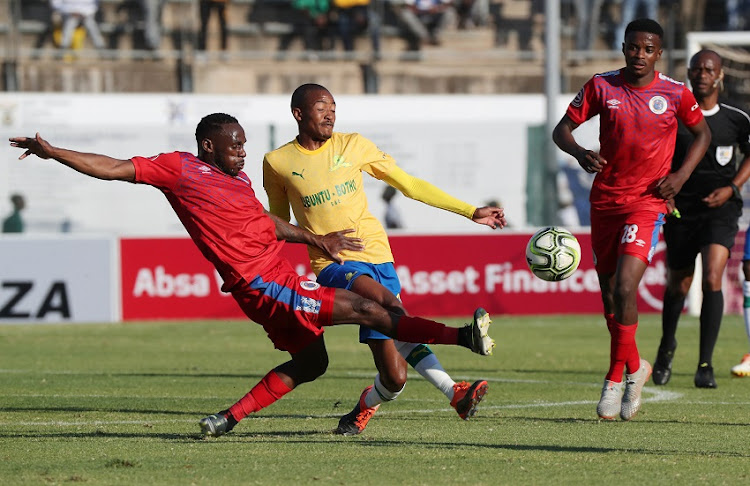 Mamelodi Sundowns coach Pitso Mosimane has appealed to the Premier Soccer League (PSL) to move with the times and invest in goal-line technology.

Sundowns did not suffer any injustice in their opening match of the season against SuperSport United on Saturday but Mosimane offered his opinion on an innovation that he said could help improve the league.

In fact‚ Sundowns were fortunate that their well-taken opening goal by Sibusiso Vilakazi was spotted by assistant Kamohelo Ramutsindela as having crossed the line after it ricocheted off the inside of the cross-bar.

“I can see VAR but we should have goal-line technology here guys‚” said Mosimane‚ who was surprised that the referees also do not use the vanishing spray.

“We are using the stadiums that we used for the 2010 World Cup and we don’t have a reason not to put it.

"To be honest‚ we also don’t have a reason to not have a spray for free kicks‚ I am talking about a spray guys‚” he said to bursts of laughter.

“If we as coaches must improve on the game‚ then everybody must also improve.

"Media must improve‚ players must improve because we are all important stakeholders in the game.

"Everyone involved must improve and there is no reason we can’t have goal line technology. I will understand if you take a game to a certain stadium but here at Lucas Moripe‚ Loftus‚ Orlando and the rest of the other big stadiums we have no excuse.”

Looking back at the 2-0 win against SuperSport that got their title defence to a good start‚ Mosimane said they could have scored more than the two goals they managed after dominating the match.

“We could have scored at least two goals but it is typical of Sundowns‚ when they find their footing and they combine it is very difficult to change‚" he said.

"If you restrict them‚ you will not get the proper quality out of the team.

“At the end of the game‚ SuperSport were stronger but I knew that we would struggle because they are ten days ahead of us in terms of training.

"They came back and put us under pressure and we were a little bit lucky in one instance where they should have scored‚ but we controlled the game which is the most important thing.

"We were a little bit clever and experienced because we knew that we didn’t have the legs to match them‚ so we slowed it down a little bit just to get there.”

Listen to the latest episode of the SportsLIVE PODCAST