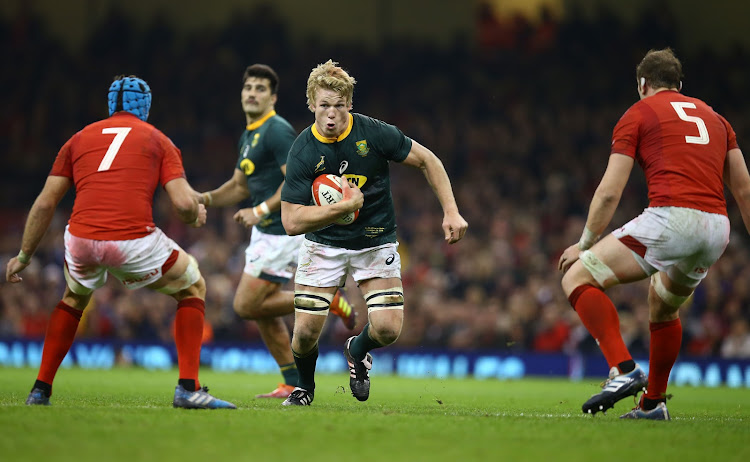 Rassie Erasmus named 22 of the Springbok 23 that fought to a last-gasp draw against New Zealand in July, for Friday’s clash with Japan in Kumagaya, which will mark the 50th Test appearance for Pieter-Steph du Toit, SA Rugby’s Player of the Year for 2018.

The return to the starting line-up of Springbok captain Siya Kolisi, now fully recovered from injury, is the only change to the team that drew 16-16 with the All Blacks to open the way to a first Castle Lager Rugby Championship in a decade, in Wellington six weeks ago.

It means there are 18 changes in personnel to the last selection – the team which defeated Argentina, 26-24 – to complete the Springboks’ domestic programme at Loftus Versfeld two weeks ago.

The only survivors of that match – along with Kolisi – are RG Snyman and Jesse Kriel, who drop down to the bench; Faf de Klerk who returns to the starting line-up, and Frans Steyn, who covers several positions from the bench, for a fifth successive time.

Kolisi replaces Kwagga Smith – who drops out of the 23 altogether – in what has become an otherwise settled combination, appearing in essence for the third time this season. This was also the group which clinched the Championship with a resounding 46-13 victory over the Pumas in Salta.

“I hope this selection will send a strong message that we have the utmost respect for Japan,” said Erasmus.

“Perhaps we made the mistake of complacency against them in the past but we’ve been hammering the message all week that we should never do that again against Japan.

“They’re a smart team of great athletes, playing at home, having won a title won in the past month and now desperate to prove something.

“This Test is as big a challenge as any we’ve had this season.”

Japan beat Fiji, the USA and Tonga to claim the Pacific Rugby Championship recently and have been in camp lying in wait for the Springboks, said Erasmus.

The Japanese have a 100 percent record against South Africa, having famously won the only meeting between the teams, 34-32, at Brighton in England during the 2015 Rugby World Cup.

“That kind of result can easily happen again if we don’t learn from the past,” he said.

“Our players who were there have held up their hand and said they totally under-estimated Japan. If our mindset isn’t right and we’re looking beyond this game then we’ll play right into Japan’s hands.

“This is a Springbok Test match against a team ranked in the world’s top ten, in their own backyard, and we’ve got to be full-on if we want to win – anything less and we’ll be in trouble.”

Japan beat Italy at home a year ago and also led England at halftime at Twickenham in November 2018, during a sequence of six victories in nine matches since the start of that year which has seen them climb the rankings to equal their highest place ever position of ninth.

Friday’s match kicks off at 7.15pm local time at the Kumagaya Rugby Stadium – a 26 500 seater venue which will host matches at the subsequent Rugby World Cup. The match is being screened live on SuperSport (kick-off 12.15pm  SA time).