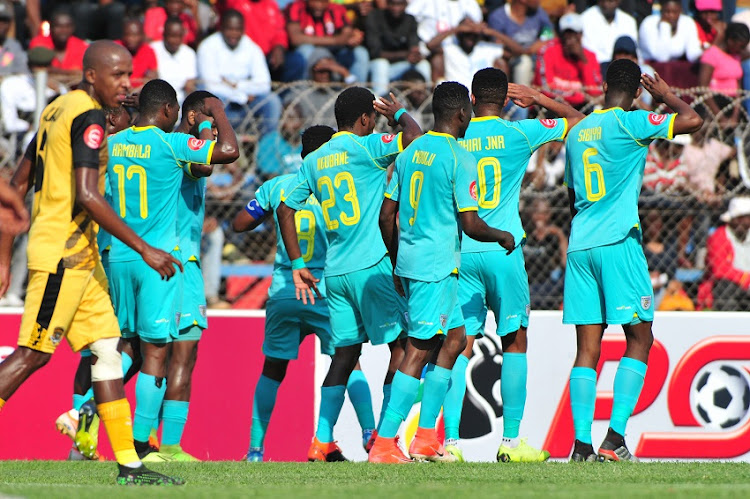 Baroka FC emerged from Thohoyandou Stadium with their tail up and earned the Limpopo derby bragging rights after beating rivals Black Leopards in a hard-fought premiership encounter away from home on Sunday afternoon.

An opening strike from Mfanafuthi Shozi in the first half and Tshidiso Padji in the second period gave a comfortable 2-0 win that saw Bakgaga climb to sixth place on the league standings.

Host Lidoda Duvha remains 12th on the table after the defeat.

After a slow start to the encounter, Baroka soon moved into second gear after the 20 minute mark with the likes of Padji and Gerald Phiri  threatening with balls into the area. But coach Lionel Soccoia's men held strong at the back and resisted the forays into their rearguard.

The combination of Lesedi Kapinga and Mwape Musonda made the Baroka defence uncomfortable as the duo nearly gave Leopards an early lead less than two minutes into the game.

Jabu Maluleke’s 16th-minute penalty strike exposed the cracks in an unconvincing performance by Kaizer Chiefs, who suffered their first Absa ...
Sport
1 year ago

But Baroka got their noses in front after Shozi's opening goal.

Leopards threw everything they had at the visitors in the second half in their bid to stage a comeback but it was the clever Baroka who hit again in a counterattack through Padji’s long-range shot that goalkeeper Jonas Mendes could do very little about.

Shozi, who gave Baroka the lead in the 33rd minute after connecting with Phiri's exquisite free kick from the right-hand side, continued to give Leopards goalkeeper Mendes plenty to think about.

Baroka continued to create chances in the second half, with Shozi making good runs into the Leopards box.

Zizojika into (things will change), which has been Orlando Pirates fans favourite song in times of trouble, seem to have did the trick to inspire ...
Sport
1 year ago

Again Kapinga wasted two good early chances to put Leopards on the scoreboard, pushing wide and allowing goalkeeper Elvis Chipezeze a chance to recover and make the save.

Leopards who looked dead in the second half and were on the ropes, struggling to get a hold of the ball  and  force any meaningful goal scoring opportunities.