Tyson Fury (R) and Otto Wallin fight during their heavyweight bout at T-Mobile Arena on September 14, 2019 in Las Vegas, Nevada. Tyson won by an unanimous decision after the 12-round bout.
Image: David Becker/Getty Images/AFP

Britain’s Tyson Fury overcame an early cut over his right eye to win a majority decision against his gutsy Swedish opponent Otto Wallin in Las Vegas on Saturday.

Fury was expected to cruise against his underdog challenger, but was forced to battle through the bloody cut and a relentless Wallin to maintain his unbeaten record.

Wallin struck Fury with a left hook in an early round to open a bloody gash that had to be tended to for the remainder of the night.

“It was a great fight, I got caught on the eye and that changed the fight,” Fury said in a ringside interview.

“For the majority I could not see out of the eye. Then there was a clash of heads and I got cut again.”

The referee paused the fight in the sixth round to have the cut inspected, and that seemed to be the wake up call needed to ignite the 6-foot-9-inch boxer.

Fury came alive in the middle to late rounds, pounding Wallin with close range shots though not finishing him. 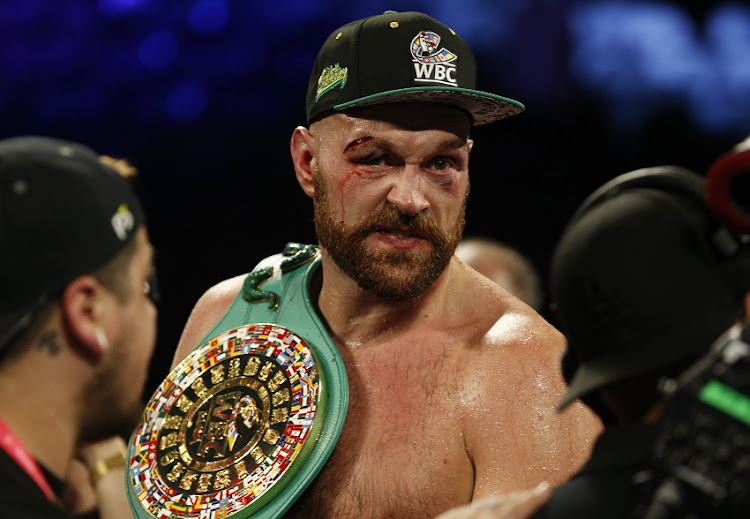 The final round proved a wild finish as Fury went for the kill before being hit with a powerful left from the southpaw Wallin.

Wallin (20-1) entered the night undefeated but untested by notable competition. The 28-year-old exceeded expectations in an entertaining clash.

“I did everything I could, I tried my best and Tyson is a great champion,” he said.

“Nobody can question my heart or question that I’m a good fighter.”

Fury (29-0-1) is now scheduled to fight a rematch in February with Deontay Wilder with whom he fought to a controversial draw last December.

“Deontay Wilder, I want you next, bum,” Fury claimed.

“That’s my fourth fight, it has put me in good stead for the big dosser, February 22nd. Let the cut heal, have some time to relax with the family.”