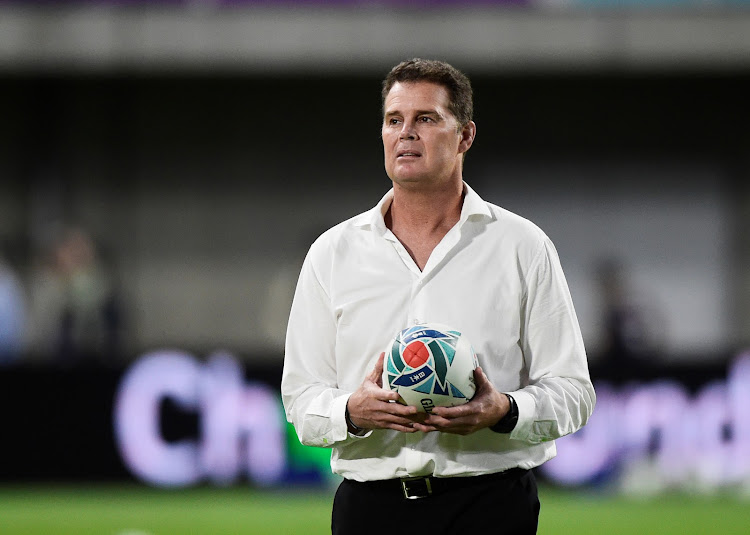 It has been a decade since the Springboks have been nominated for World Rugby’s Team of the Year Award.

This year they are back among the game’s elite‚ while coach Rassie Erasmus is also in line for the Coach of the Year award.

The finalists in both categories are the four Rugby World Cup semi-finalists and Japan.

The Springboks were last named Team of the Year a decade ago (2009) and the last South African to be named Coach of the Year was Jake White‚ 12 years ago.

The nominees for Team of the Year are: South Africa‚ England‚ Wales‚ New Zealand and Japan.

The nominations follow the listing of Herschel Jantjies as one of the three contenders for the award of Breakthrough Player of the Year and Cobus Reinach’s hat-trick score against Canada as Try of the Year.

The shortlists were selected by a panel comprising former international players Maggie Alphonsi‚ Brian O’Driscoll and Agustín Pichot‚ alongside former coaches Nick Mallett and Clive Woodward‚ the World Rugby Coach of the Year in 2003 after guiding England to the Rugby World Cup in Sydney.

In the citation regarding the Springboks‚ World Rugby said: “The Rugby Championship winners are bidding to create Rugby World Cup history by becoming the first team to lift the Webb Ellis Cup after losing a match‚ against New Zealand in their Pool B opener.

"That loss‚ 23-13‚ is their only one of the year‚ having won nine and drawn the other of their 11 tests. The Springboks have risen to number two in the World Rugby Men’s Rankings for the first time in more than four years after reaching a first RWC final since 2007.”

World Rugby said of Erasmus: “It might not have been Rassie Erasmus’ intention to become Springbok head coach when he returned to South Africa but he has taken to the role with aplomb.

"An astute tactician‚ he has bonded the team together impressively and been rewarded with results. This year South Africa have won the Rugby Championship title and recovered from a pool-stage defeat to the All Blacks to power into the Rugby World Cup 2019 final.”