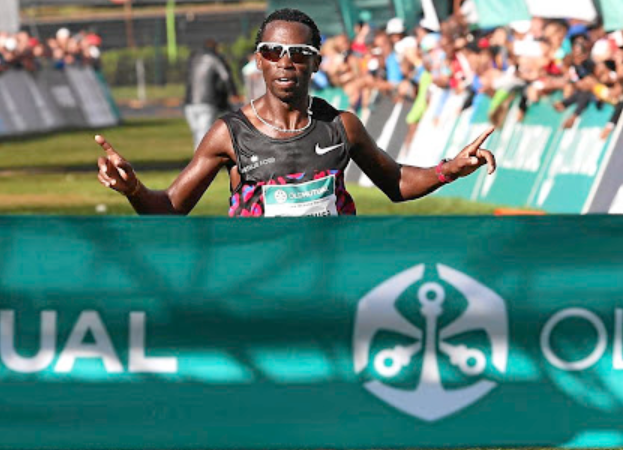 Earlier this year the road running fraternity across South Africa acknowledged and celebrated the 50th running of the Two Oceans Marathon.

It has been a race that has had a meaningful impact upon families, friends and associates from all walks of life.

There have been highs and some lows, as is to be expected of any event that grew from 24 runners at inception to a ceiling of 13,000 for the original 56km event.

In more recent times a half marathon was added, as have been trail runs and fun runs.

For the puritans of the sport, the real Two Oceans remains the ultra marathon from Newlands to Muizenberg, Fish Hoek, Sun Valley, Noordhoek, up Chapman’s Peak Drive, down into Hout Bay, up and over the tough Constantia Nek and past Kirstenbosch Gardens.

It is at the gate of Kirstenbosch that Two Oceans takes on various lives. Originally it was a straightforward run past the gates, with a right turn at the end of the road towards Claremont, crossing Main Road, running past Newlands Cricket Stadium and on to a fast finish at Villagers Rugby Club, also home to Celtic Harriers who were coerced — somewhat reluctantly at the time — to support race founder Dave Venter and host a 35-mile race in preparation for Comrades.

A variation of that route turned right at the Kirstenbosch gates and wound its way to the same finish, and was probably the fastest of the routes used down the years.

Those were special times when club groups or families would pack up vehicles and head down to Cape Town for the long weekend in April, and some would stay longer depending on school holidays. The Villagers ground was perfect for children, friends and spectators in general.

When this valuable, large tract of real estate was sold, Two Oceans had to move, and the late Chet Sainsbury and his team identified the University of Cape Town as their preferred option. It was never quite the same, but for many thousands of runners today, they know no different.

A race row has erupted between Real Gijimas an Border Athletics (BA) leading to the cancellation of the XPE 15km run initially scheduled for December ...
Sport
1 year ago

When Chapman’s Peak was under re-construction the race went ahead, albeit using Ou Kaapse Weg. It was simply not the same, and there was much celebration upon the return to the Chapman’s Peak option— Until this year when, at the last moment, the race was again re-routed over Ou Kaapse Weg, the reason given being possible unrest in Hout Bay.

That was probably the first signs that something was amiss within the organisation. Much has been written this week in the media about changes to entry fees and the introduction of a ballot system for the 56km run.

References to such appeared on the race website, but have since been removed. The loss of two long-standing sponsorships have clearly not helped the situation and will have added to any pressures within the organisational structure.

Comrades entries have opened and closed, whereas Two Oceans, which takes place two months, earlier have not.

For the sake of one of South Africa’s oldest and most prestigious ultra marathons may cool heads prevail and strong leadership emerge.