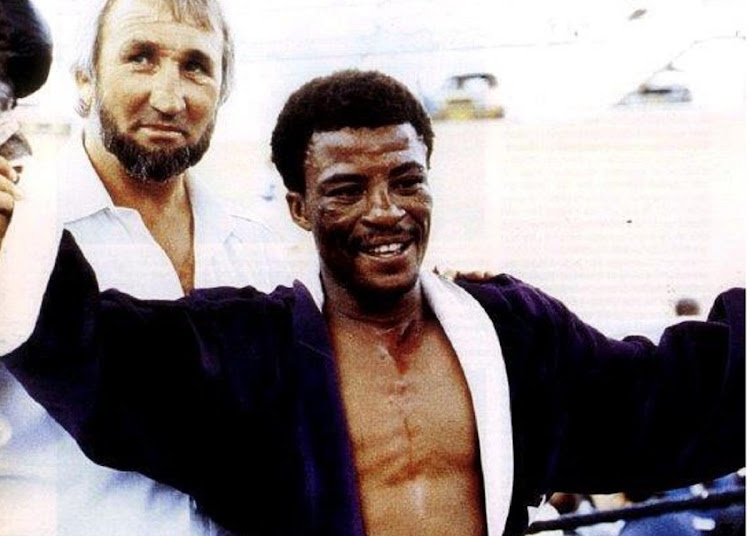 Peter Mathebula became the first South African of any colour to lift a crown fighting overseas‚ claiming the WBA version of the flyweight title in Los Angeles in 1980.
Image: Sowetan

Nicknamed “Terror” Mathebula was the first South African of any colour to lift a crown fighting overseas‚ beating Korean Tae-Shik Kim of Korea on a split decision over 15 rounds in Los Angeles in December 1980 to claim the WBA version of the flyweight title.

But when Mathebula made the first defence of his belt at Orlando Stadium in Soweto in March 1981‚ he was stopped by Santos Laciar of Argentina‚ having not trained as seriously as he should have. Despite that‚ at the time of the stoppage in the seventh round he was level on two of the judges’ cards and trailing by two points on the third.

National boxing is reeling from the shocking death of former SA champion Themba Joyi after a short illness. Joyi, 40, died at Mdantsane’s Cecilia ...
Sport
1 year ago

When Mathebula turned professional boxing was racially segregated with black and white fighters forbidden from facing each other because of apartheid. That was altered over the course of the 1970s.

Mathebula won the black SA flyweight title in 1977 and the following year he won the Supreme title‚ the belt awarded to the winner of white-versus-black unification bouts.

In early 1979 black and white titles were abolished and in February of that year Mathebula won the full SA bantamweight title.

He was the third black fighter to challenge for a world title‚ after unsuccessful bids by Norman Sekgapane in August 1978 and Nkosana “Happy Boy” Mgxaji in April 1979.

Mathebula was SA’s only black boxer to enjoy success in the 1980s‚ with Bashew Sibaca‚ Simon Skhosana‚ Sugar Boy Malinga and Siza Makhatini losing their challenges in that decade.

That changed in 1990 when Welcome Ncita and Dingaan Thobela ushered in a new era where local black fighters increasingly enjoyed prominence on the world stage.

Mathebula’s family will announce funeral details in due course.