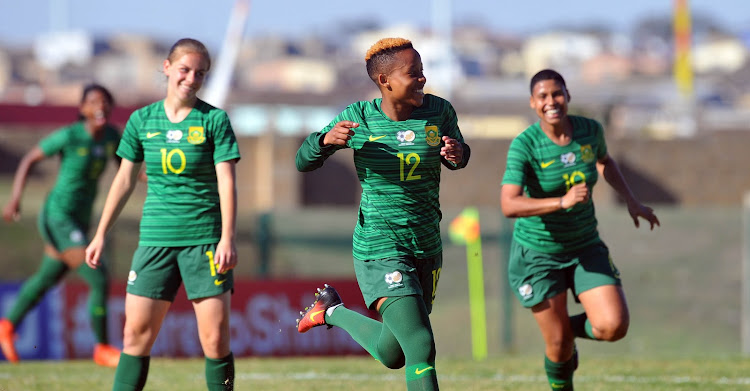 South Africa will be chasing World Cup qualification on two fronts over the next month as the women’s Under-20 and Under-17 sides seek to move a step closer to booking their places at the global finals in their respective age-groups.

Following on from Banyana Banyana’s appearance at the senior women’s Fifa World Cup in France last year, it would be a massive boost for the game in the country if the two age-groups below them could do likewise.

The Under-17s have twice before appeared at their World Cup, in 2010 and at the last finals in Uruguay in 2018, but for the Under-20s it would be a maiden appearance.

Standing in both teams’ way at the moment are Zambia, with the Under-20s holding a 2-0 advantage from the away leg of their qualifier earlier this month.

They will host their opponents at the Orlando Stadium on Saturday, looking to finish the job and set up what looks a certain meeting with Botswana in the next stage. The latter lead Namibia 7-0 from their first leg.

“Zambia is a very quick side which likes to use both of their wingers to infiltrate their opponents’ defence,”  midfielder Oratile Mokwena said in a media release from the SA Football Association (Safa).

“This is what we experienced when we played them in the first leg and we were able to manage them really well.

“We have had good sessions with our coaches [Jabulile Baloyi] and they have been very outstanding in getting us ready for this return leg.

"The overall ambition in this team is to qualify for its first ever Fifa Under-20 Women’s World Cup, and we believe it can be done.”

Thembi Kgatlana’s move to top Portuguese club Benfica is the latest in a number of high-profile signings for Banyana Banyana players as the country ...
Sport
2 years ago

Mokwena, the cousin of former Orlando Pirates winger Lebohang Mokoena, has praised the input of Baloyi, who recently took over from Sheryl Botes.

“Coach Jabu has been amazing and I truly enjoy working with her.

"She always has something fresh to offer to her players and that is what I like about her. I must admit that working with her has helped me to improve certain aspects of my game.”

The draw for the qualifiers has placed South Africa at the opposite end to old nemesis Nigeria, meaning they will not have to face them for a place in the World Cup.

Their most likely challengers will be Ghana or Uganda, with the qualifying set to culminate in June ahead of the World Cup in Costa Rica and Panama in August.

The Under-17s face a more straightforward route, needing to beat Zambia in the first round of qualifying and then either Botswana or Morocco in the second.

The biggest hurdle may come with the Zambians, though they edged their opponents 2-1 in the semifinals of the Cosafa Women’s Under-17 Championship in Mauritius last September.

It was a tough contest though and what Zambians teams can lack in ability they make up for in effort and fight.

The side is led by coach Simphiwe Dludlu, with the first round of qualifying to be held February 28 to March 1 and the second from March 13 to 15.

The final round of qualifying will be played in May.