Roger had Rafa's number: The Match in Africa … all the stats 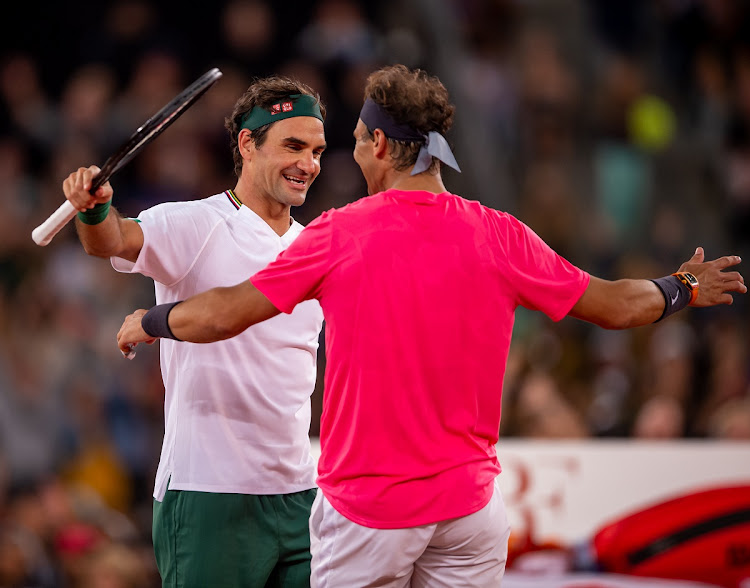 Roger Federer and Rafael Nadal in action during the Match in Africa at Cape Town Stadium on Friday, February 7.
Image: Anton Geyser/Gallo Images

The Match in Africa 6 brought Roger Federer and Rafael Nadal to South Africa, saw the two tennis greats compete on African soil for the first time, and had plenty of entertainment and thrills for the packed Cape Town Stadium crowd to enjoy.

In the end “home” Swiss Federer – who has a South  African connection as his mother, Lynnette was born in the country – triumphed 6-4, 3-6, 6-3 in front of 51,954 people, a record number crowd for any tennis match.

More than $3-million was also raised by the charity event for the Roger Federer Foundation, which partly supports education for children in Africa.

Here are some crucial statistics on why Federer triumphed against Nadal – all the stats and graphics provided by Sports Analytics and Insight:

Federer out-served Nadal in the ace department by far. He also won every break point offered to him. 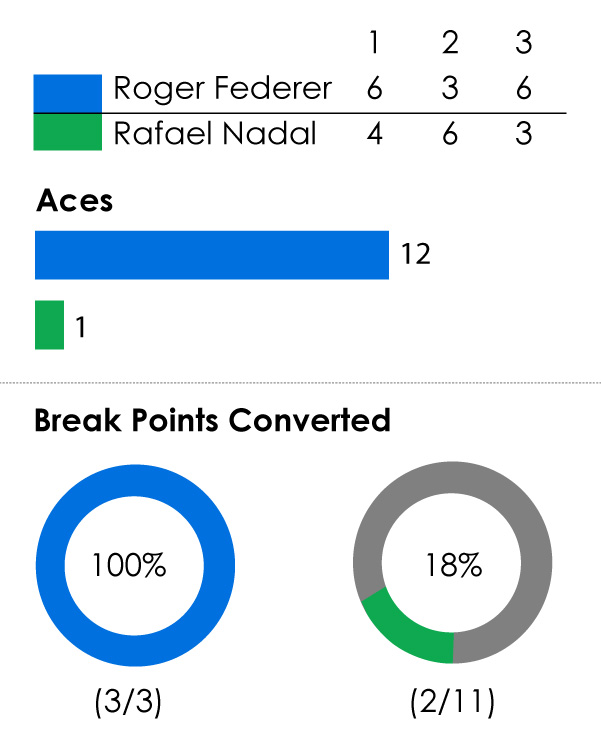 Federer used the angles better – he served majority to wide areas of the court.

Nadal tried to attack Federe's backhand on his first serve – but not to great success on the deuce side.

Nadal's second serves were kept more to the middle of the court with his greatest success being to Federer's forehand on the advantage side. 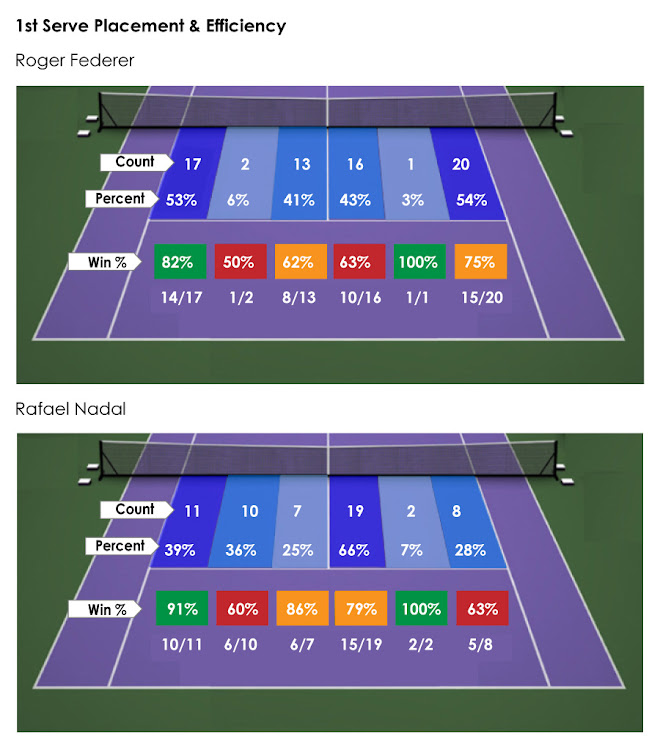 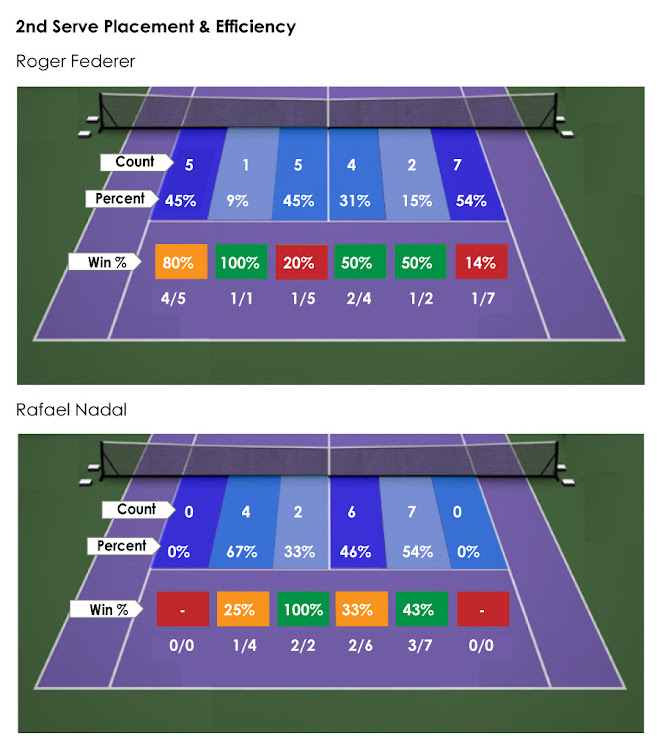 On the Advantage side in particular, Federer made Nadal move and used the whole court. He pulled him to his forehand side often – but not excessively so.

Nadal did not use the court as well, rather returning the majority of the Advantage first serves to the middle of the court, setting up longer rallies and points. 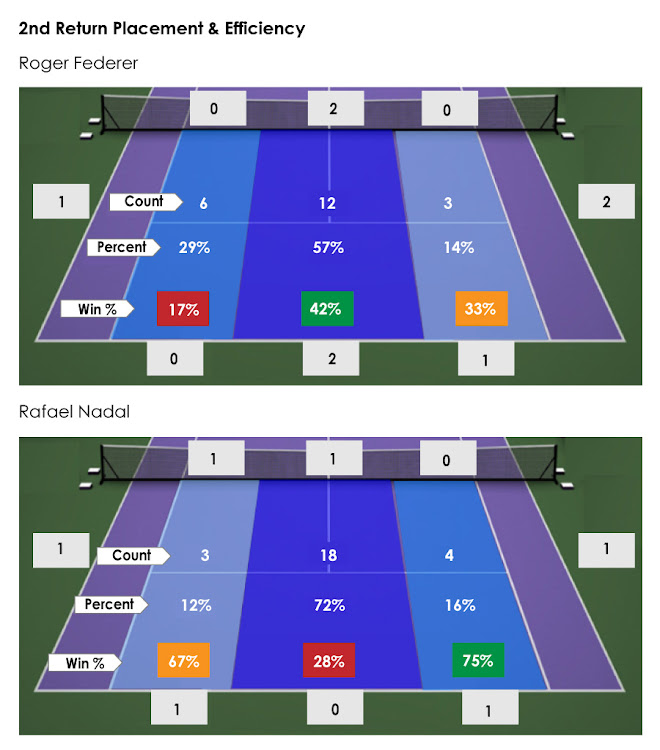 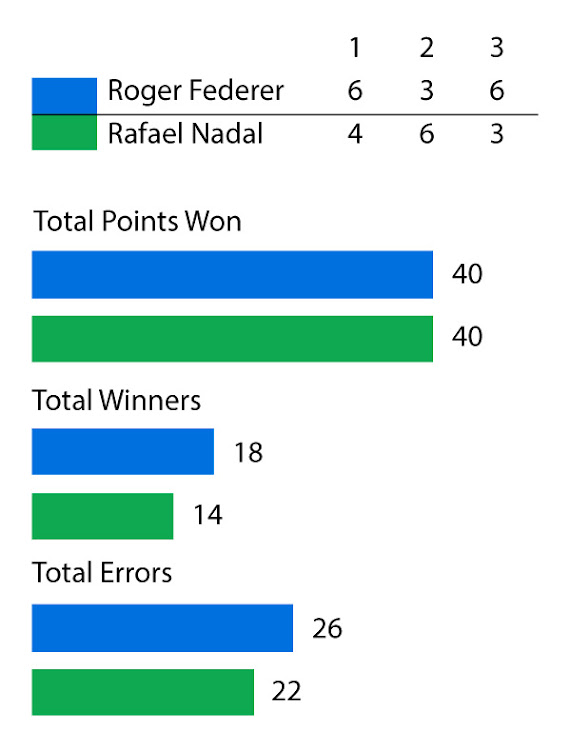