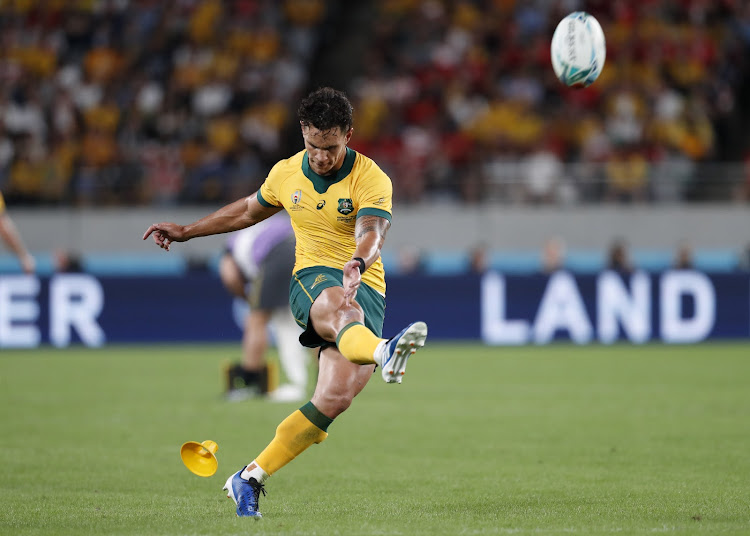 Wallabies flyhalf Matt Toomua has joined calls for a rethink of the Super Rugby competition once the sport re-starts after the coronavirus shutdown.
Image: REUTERS ISSEI KATO

Wallabies flyhalf Matt Toomua has joined calls for a rethink of the Super Rugby competition once the sport re-starts after the coronavirus shutdown.

The Melbourne Rebels back believes the competition, which features 15 teams across Australia, New Zealand, South Africa, Argentina and Japan, needs to be replaced by a more local product.

“Maybe the model that we've got is a little bit aged and outdated and maybe we need to have a rethink,” the 30-year-old told rugby.com.au.

“I guess this is almost forcing us to do it, whether it be in the short term until those borders open or whether it be long-term into something else that's a bit more sustainable, bit more domestically focused.

“I think there's a lot of people who are wanting to have a domestic model for quite a while now, whether it be Australia-focused or Australia-New Zealand focused or something along those lines.”

The Super Rugby season was suspended after round seven because of the Covid-19 pandemic and the competition is set to shrink to 14 teams next year with the loss of the Tokyo-based Sunwolves.

Increased airfare costs are expected even after the crisis has passed, however, which will hang heavy on national unions already hard-hit financially by the sporting shutdown.

Echoing the recent comments of his former Brumbies and Australia captain Stephen Moore, Toomua said he felt the competition was simply no longer engaging fans.

“It's just not, for me personally if I'm a supporter, I don't think that's an attractive product, I really don't.”