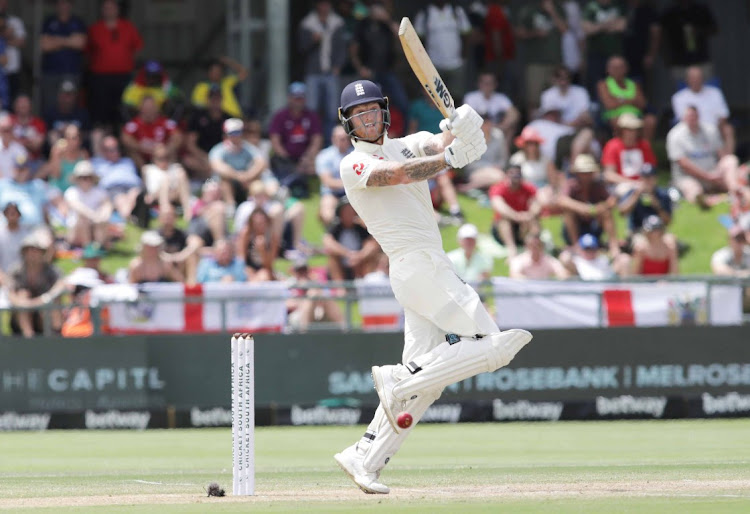 England's Ben Stokes was impressive during the South Africa tour and was voted as the player of the series
Image: SUNDAY TIMES/ ESA ALEXANDER

Kevin Pietersen is concerned about England’s Test bowling resources when the long-serving pace duo of James Anderson and Stuart Broad call time on their careers, the former captain said.

The experienced new ball pair, both in their 30s, have recently said they were aiming to be part of England’s bid to reclaim the Ashes in Australia next year and would subsequently consider retirement.

“I am worried about England’s Test team, when Broad and Anderson go. They are on their last legs at the moment,” Pietersen said.

“If Broad and Anderson go, there’s going to be a big, big gap to fill. Do they have the bowlers?

“Mark Wood is very good, however he’s full of injuries. And Joffra Archer, he’s also had that elbow injury during that South African series, so he hardly played.

“So it will be about how quickly England can fill that gap because ... if you can’t take 20 wickets in the Test match you really are behind the eight ball.”

Anderson, 37, is Test cricket’s most prolific fast bowler with 584 victims but has not played since January when he suffered a rib injury in SA.

Broad, who is second on England’s list with 485 wickets, is four years younger but does not see his playing career continuing as long as Anderson’s.

Pietersen was more confident about the leadership of the team, though admitted he was among those who had reservations about Joe Root’s captaincy before the 3-1 Test series triumph in SA earlier this year.

“I think that he came away from that tour a much better leader, a much better captain, and with a lot more respect from a lot of people that had reservations about him leading into that Test tour in SA,” he said.

England held Australia to a 2-2 draw in last year’s home Ashes series but even then needed Ben Stokes’s brilliant unbeaten 135 to win the third Test in thrilling fashion at Headingley.

The New Zealand-born all-rounder also played a spectacular leading role in England’s 50-overs World Cup triumph in 2019 and was Player of the Series in SA.

Despite his appreciation for Stokes’s abilities, Pietersen said it was too soon to compare the 28-year-old with England great Ian Botham.

“Comparing people, I think you can only do at the end of a career,” said Pietersen, who scored more than 8,000 runs for England in 104 tests.

“In terms of match winning they’re right up there with each other. They both win games, single-handedly, so the comparisons I think are quite unfair while a guy is still playing.

“I hated being compared to people. I just wanted to play and be me.”

SA-born Pietersen has continued to be himself after retiring from cricket in 2018, becoming deeply involved in animal conservation and highlighting the plight of the rhinoceros.

His charity, Save our Rhino Africa/India (Sorai), will be relaunched towards the end of June. — Reuters