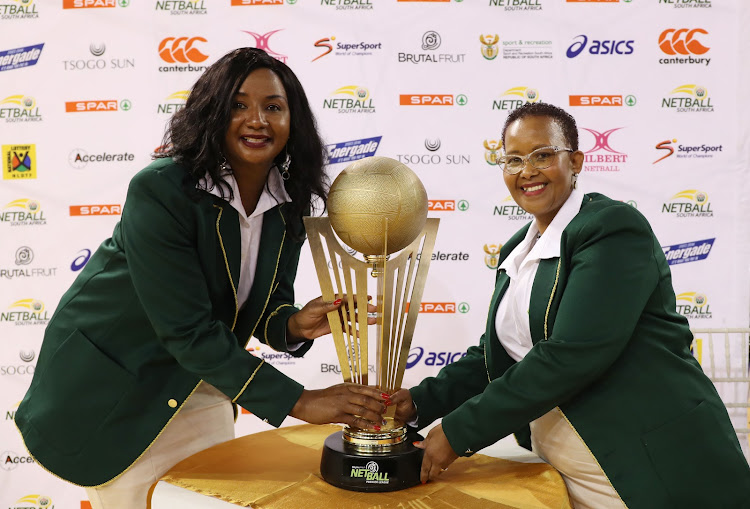 Netball South Africa (NSA) president Cecilia Molokwane has said that having a professional league before the 2023 Netball World Cup in Cape Town will be a massive boost for the national team.

Former Proteas coach Norma Plummer‚ former minister of sport Tokozile Xasa and many other personalities have in the past called for the formation of a professional league.

“It’s very easy – you don’t want to host a top class World Cup tournament with a team that doesn’t perform‚” she said.

“For me those things go hand in hand. If we want to host a World Cup that will be magnificent and everybody will be talking about the team has to perform.

Netball South Africa (NSA) president Cecilia Molokwane has admitted that the outbreak of Covid-19 has delayed their preparations for the 2023 Netball ...
Sport
1 year ago

'Imagine we are hosting the World Cup and don’t even go to the quarterfinals – how is the country going to feel?

“We must go to the quarterfinals and progress to the podium to get a medal.

"I don’t even know what kind of a medal we must get but they must know that we must get a medal.

“Performance and the hosting of the event to me are in the same Whatsapp group. We want to host this beautiful thing but forget that the team must perform.

“To make the team to perform‚ you must also make sure that netball turns professional.

"Because if you focus on one and forget about the other‚ you are not going to have that thing that I am always talking about that it must be 50/50 between performance and hosting a good event.”

Netball Proteas have remained fifth spot on the latest International Netball Federation (INF) rankings that were released at the weekend.
Sport
1 year ago

Molokwane said she would be proud to have a professional league under her tenure‚ which will be the legacy she leaves for the game when she vacates office.

“My legacy would be to see netball professionalised in this country where players wake up in the morning to go to a netball court and do what they love most and be rewarded for doing that.

"That would be the legacy that I would leave in this country.

“I would be very pleased that something happened in my tenure and I would be very happy that we did not just host a magnificent and magical World Cup but we also turned netball professional.”

She further explained that some of the events that have been affected by Covid-19 are Proteas training camps‚ the 2020 Telkom Netball League and the Africa Youth Qualifiers in Uganda.

The youth qualifiers are for a place to compete at the 2021 Youth World Champs to be held in Fiji next year.

She further said that Telkom Netball League (TNL) will take place later this year‚ probably in November or December‚ and they hope to host the Diamond Challenge featuring Jamaica‚ Malawi‚ and eSwatini.