Lewis Hamilton disappointed with past champions comments on racism 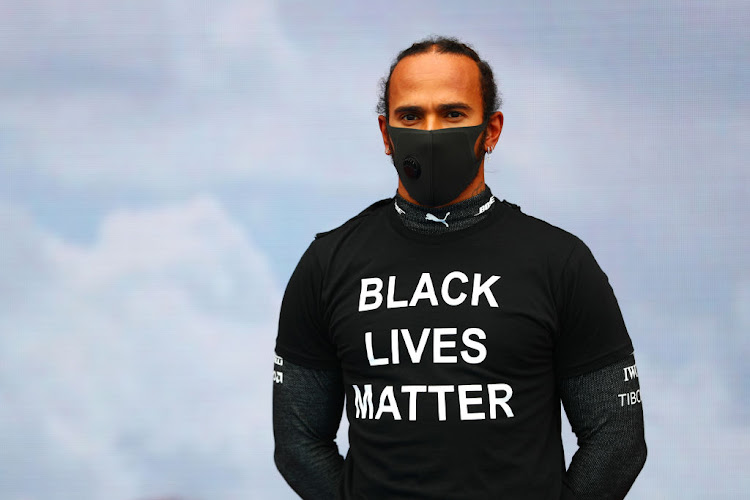 Lewis Hamilton of Mercedes GP at the F1 Grand Prix of Hungary at Hungaroring on July 19 2020 in Budapest. The British driver has been using his platform to speak out against racial injustice.
Image: FORMULA 1 VIA GETTY IMAGES/ DAN ISTITENE

Lewis Hamilton has hit back at past Formula One champions Mario Andretti and Jackie Stewart for their comments on his anti-racism stance and push for greater diversity in the sport.

Andretti, who won his title in 1978 and is now 80, was quoted by the Chilean newspaper El Mercurio as saying he had a lot of respect for the six times world champion, but asked why he had "become a militant".

The American great also spoke, in comments translated into Spanish, of "creating a problem that doesn't exist", and added that "in motor racing colour doesn't matter; you have to win your place with results, and that's the same for everyone".

Triple champion Stewart, who is 81 and Britain's most successful driver until Hamilton came along, told ITV's Good Morning Britain that he did not think Formula One has as big a problem as it might seem.

Hamilton is the only black driver in a sport that is heavily white and male.

"This is disappointing but unfortunately a reality that some of the older generation who still have a voice today cannot get out of their own way and acknowledge there is a problem," Hamilton said in an Instagram story.

"Again, this is plain ignorance but that will not stop me from continuing to push for change," he said about Andretti's comments.

"It is never too late to learn and I hope this man, who I've always had respect for, can take the time to educate himself," said the Mercedes driver.

Of Stewart's comments, the Briton wrote: "Again, another one. Just disappointing."

Championship leader Hamilton has taken the knee before all three of the season's races so far, wearing a Black Lives Matter T-shirt and using his platform to speak out against racial injustice.

In Hungary last weekend, where the drivers' pre-race anti-racism gesture appeared hurried and disorganised, the 35-year-old called on Formula One in general to do more in the fight against racism.